© Licensed to London News Pictures.11/04/2017.London, CHRIS GARD arrives at The Royal Courts of Justice in London where a High Court judge is due to rule on whether doctors can withdraw life-support treatment to his son, Charlie, who suffers from a rare genetic condition. Doctors at Great Ormond Street Hospital in London say eight-month-old Charlie should be left to die in dignity, but his parents have raised £1.2 million for specialist treatment in America.Photo credit: Peter Macdiarmid/LNP 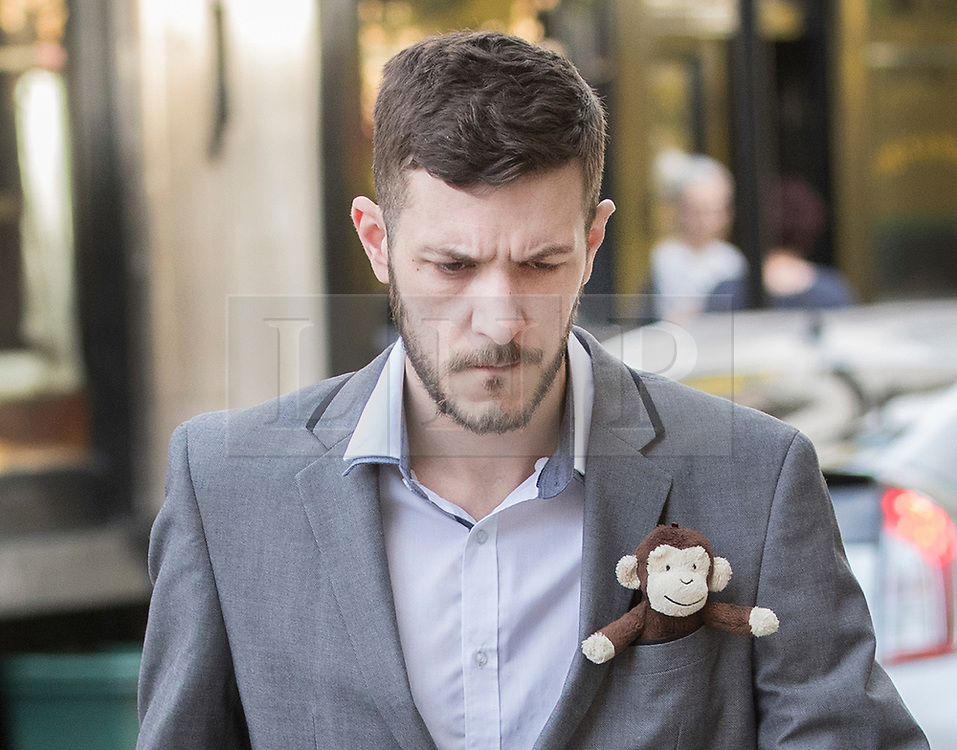