© Licensed to London News Pictures. 12/01/2021. London, UK. A police officer maintains a scene watch at a block of houses at the corner of Press Road and Neasden Lane North. London's Metropolitan Polcie Service were called to Neasden Lane North shortly after 21:30GMT on Monday, 11 January to reports of a disturbance. A man, believed to be in his forties, was found with stab injuries. Despite the efforts of emergency services, he died at the scene. Photo credit: Peter Manning/LNP 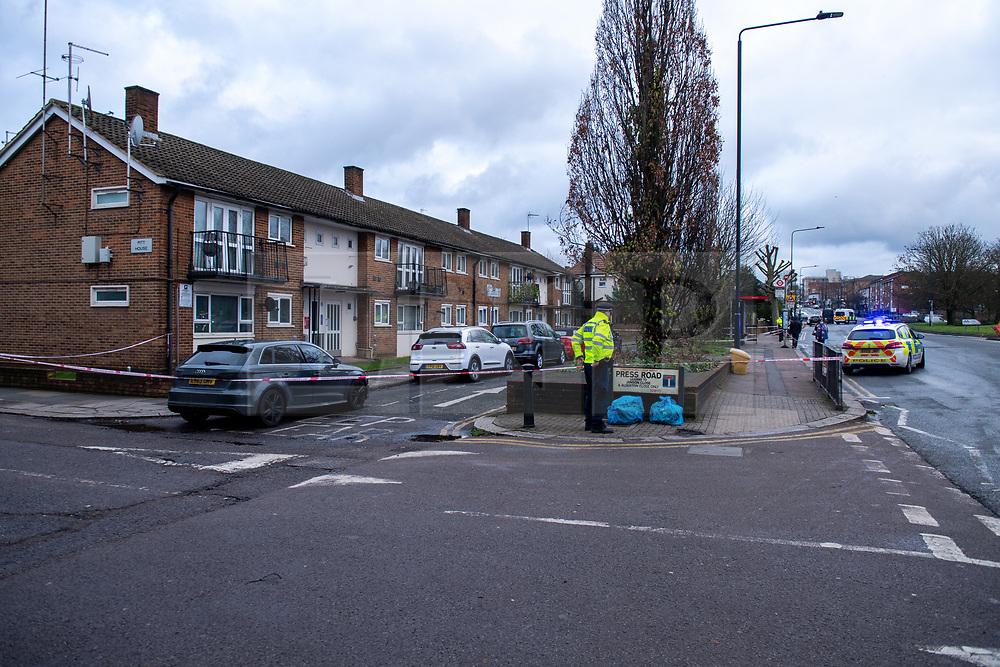