© Licensed to London News Pictures. 26/01/2012. Leavesden Studios England. The iconic, triple decker Knight Bus today rolls into Warner Bros. Studio Tour London - The Making of Harry Potter, which opens 31st March 2012. Taking its place among the many authentic sets, props and costumes from the eight Harry Potter films, the Knight Bus debuted in Harry Potter and the Prisoner of Azkaban™ and was one of the most complicated pieces to create in the production..John Richardson, Special Effects Supervisor, said: "The Knight Bus was not a CGI Creation as many people thought but in fact a real-life working bus. It was constructed by cutting up two iconic Routemaster buses, reworking the structure and bolting it all back together to provide one bus with three decks. Photo credit : ALAN ROXBOROUGH/LNP 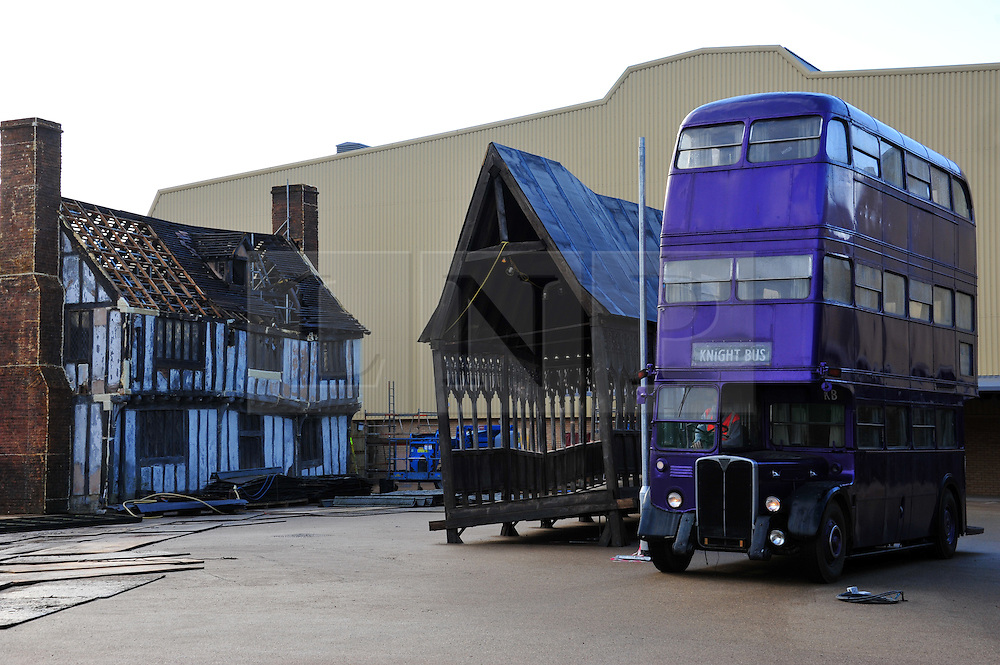