Men look out over the racecourse fields at the start of the Durham Miners Gala. 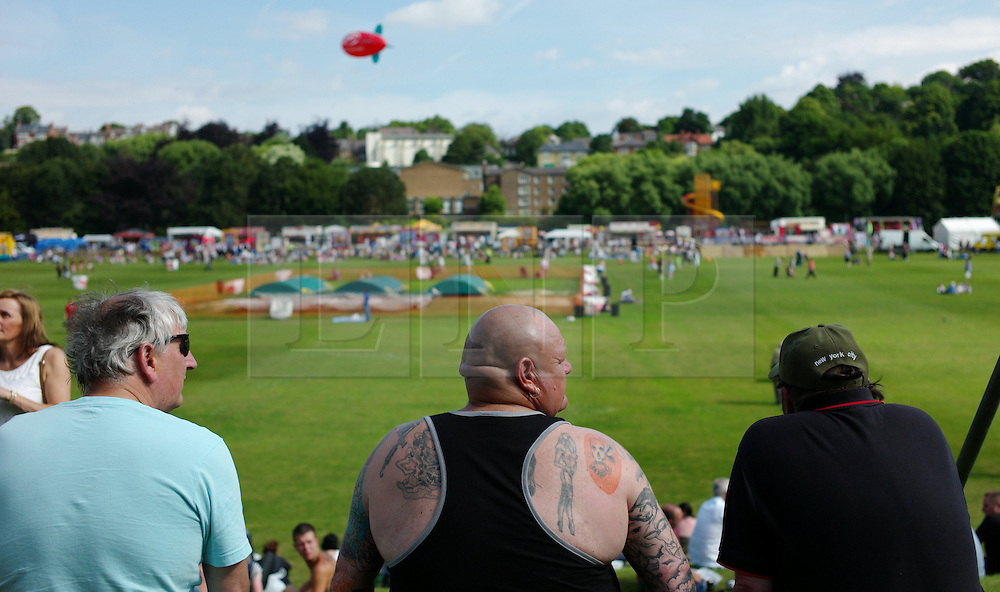