© Licensed to London News Pictures . 09/09/2017. Manchester , UK . The crowd during Pixie Lott's stage performance - a man holds his phone reading "Pixie send nudes" from the crowd . We Are Manchester reopening charity concert at the Manchester Arena with performances by Manchester artists including Noel Gallagher , Courteeners , Blossoms and the poet Tony Walsh . The Arena has been closed since 22nd May 2017 , after Salman Abedi's terrorist attack at an Ariana Grande concert killed 22 and injured 250 . Money raised will go towards the victims of the bombing . Photo credit: Joel Goodman/LNP 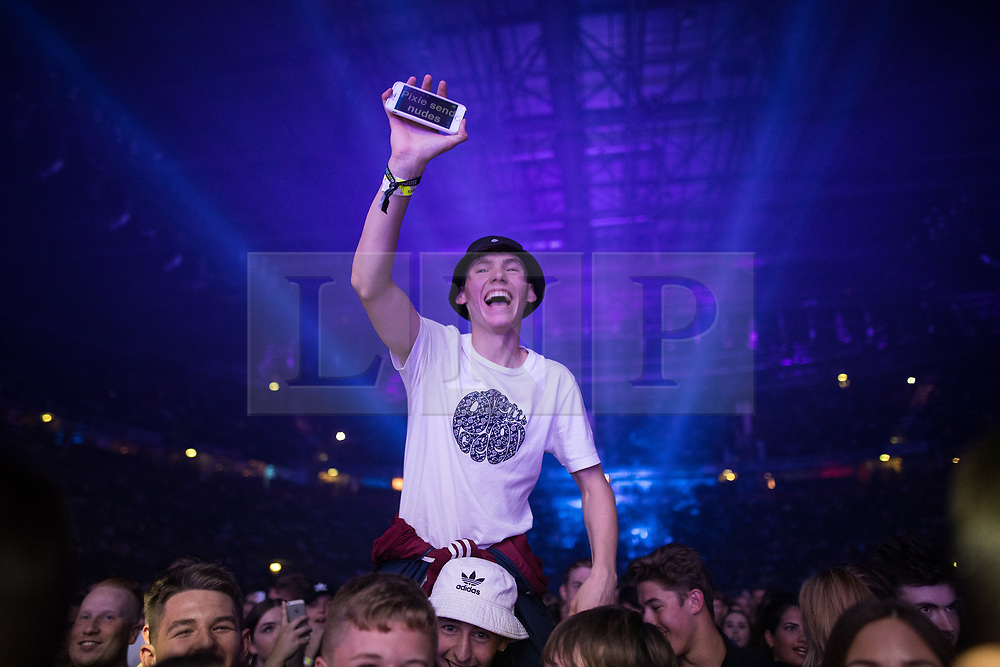