© Licensed to London News Pictures. 25/04/2012. London, UK. Tim Burgess, British Indie-rock legend from "The Charlatans", launches his revealing memoir "Telling Stories" this week. In it he describes how he dealt with his crises, and whats gone right with the band as much as whats gone wrong. At St James Church this evening Tim read excerpts from the book, held a Q&A with the audience, and played acoustic versions of classic The Charlatans songs. In this picture Tim sings The Charlatan's Top 10 hit "The Only One". The Charlatans will be touring the Tellin Stories album this summer at the HMV Hammersmith Apollo, Glasgow and Manchester. Photo credit : Richard Isaac/LNP 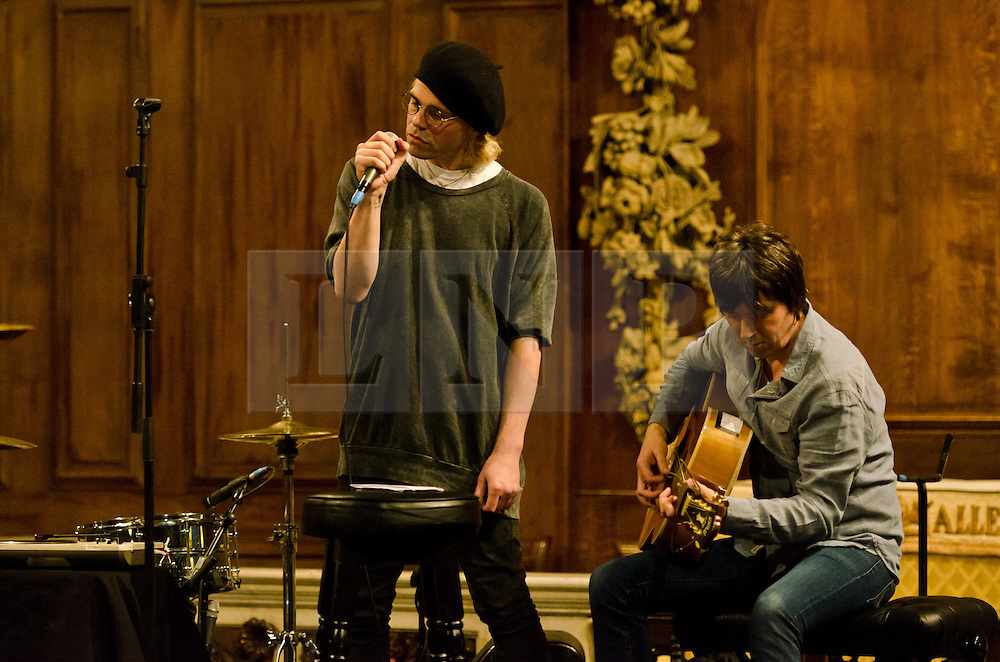