© Licensed to London News Pictures. 13/07/2017. London, UK. Chris Gard (L) and Connie Yates (R) talks with their advisors outside Court after leaving the court during proceedings. The parents of terminally ill Charlie Gard have returned to the High Court in light of new evidence relating to potential treatment for their son's condition. An earlier lengthy legal battle ruled that Charlie could not be taken to the US for experimental treatment. London, UK. Photo credit: Peter Macdiarmid/LNP 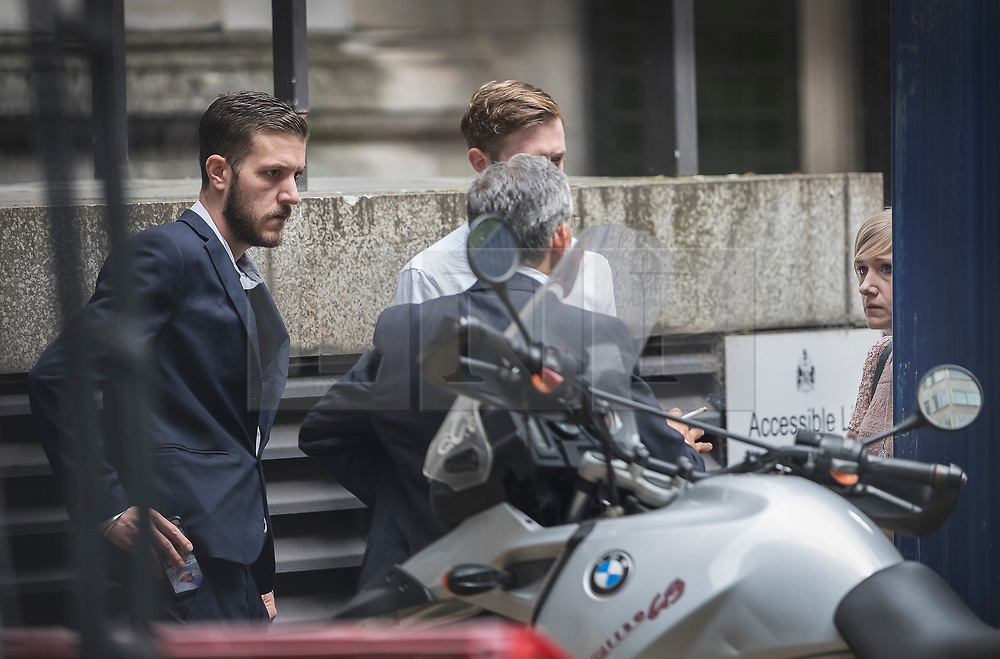