© Licensed to London News Pictures. 16/09/2013. London, UK. Paula Barrow (C), a 45 year old mother of two from Manchester, leads a group of mothers; Beverley Muir (L), Nicole Elias (2R), Katherine Stipala (R) and Peter Saunders, the chief executive of the National Association for People Abused in Childhood (NAPAC) to Number 10 Downing Street in London today (16/09/2013) to deliver a petition calling for a 'Daniel's Law. The petition, which is still open and gathering signatures, asks for a law calling for the mandatory reporting of suspected child abuse by those working with children and is named in the memory of Daniel Pelka, a four year old who starved and beaten for months before he died. Photo credit: Matt Cetti-Roberts/LNP 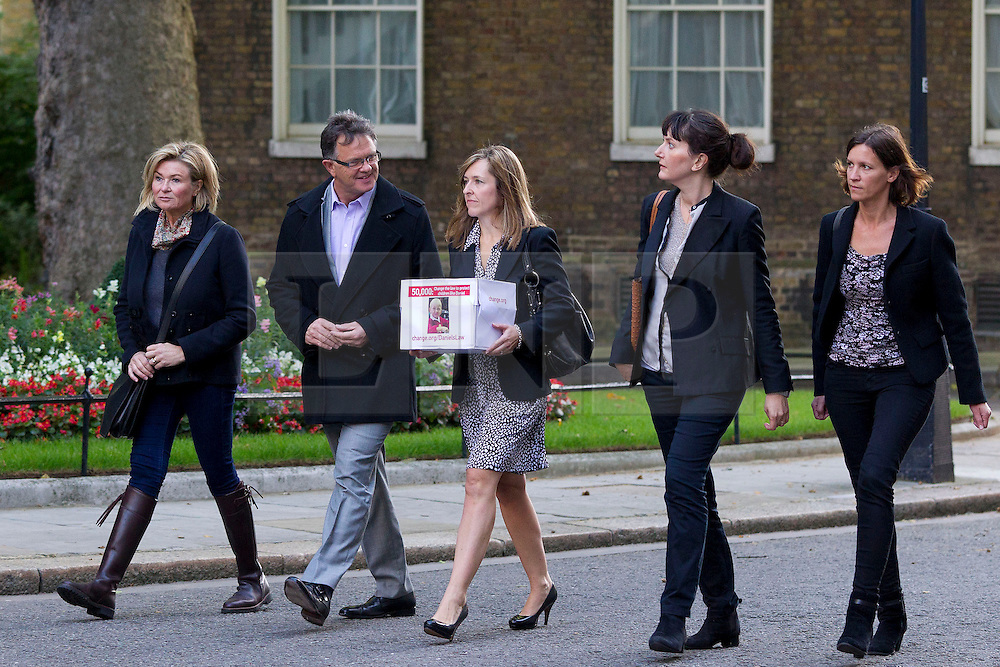