Portrait of Millicent Fawcett goes on display at Tate Britain

© Licensed to London News Pictures. 02/02/2018. LONDON, UK. Staff members, joined by Stella Cartwright, aged 9, view a portrait of Millicent Fawcett, by Annie Swynnerton, on display at Tate Britain to mark the centenary of the women's right to vote, as embodied in the Representation of the People Act. Millicent Fawcett was a leading figure in the suffragist movement, campaigning for the right for women to vote in the UK, while Annie Swynnerton was one of the first women elected to be a member of the Royal Academy of Arts. Photo credit: Stephen Chung/LNP 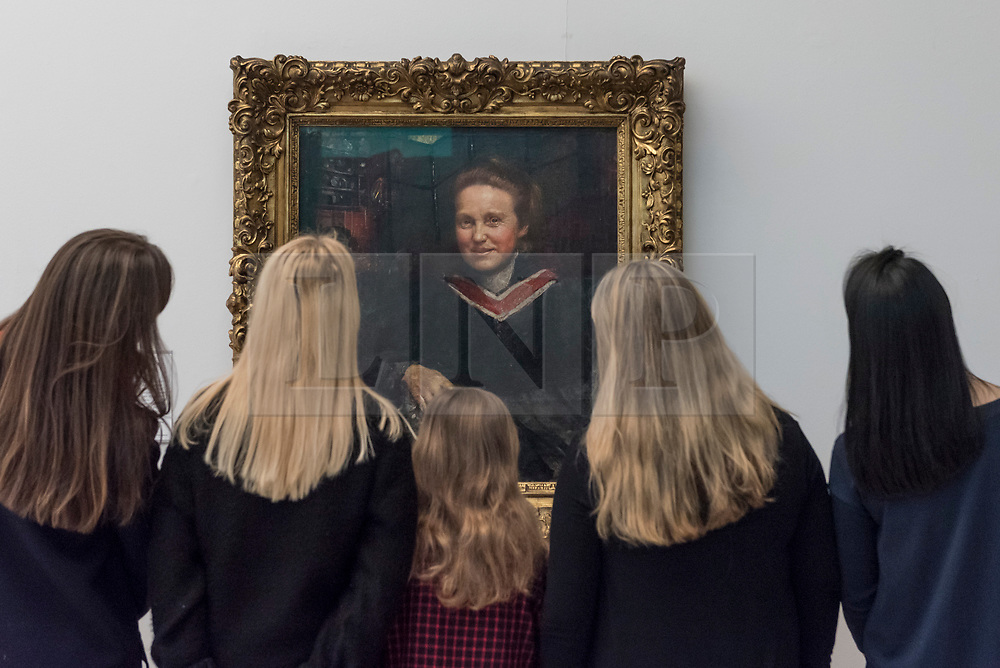