© Licensed to London News Pictures. 11/01/2020. Sharnford, Leicestershire, UK. Plough Tour. The Hinckley Bullockers taking part in their annual plough tour. Pictured, Steve Robinson applies the red pigment to his face in preparation for dancing the Plough Tour. Painting their faces red they dance and pull a decorated plough through villages in Leicestershire. The picture shows them performing in Sharnford where they play and dance outside two public houses before moving on to other villages finishing at the end of the day. Traditionally the plough was prepared for the new season, dressed in gaudy ribbons and taken in procession around the villages. In South West Leicestershire the men pulling the plough, who "raddled" their faces with red dye thought to be a nod to sheep stealing. They became known as Plough Bullocks and were aided and abetted by dancers who danced dances peculiar to the Eastern Counties. The Plough Bullocks and the Molly Dancers were last seen in this area at the turn of the century in Sapcote. The Plough Bullockers would stop at public houses, farms and large houses, dance and/or sing and demand recognition in the form of cash donations or drink. If neither was forthcoming the offending landlord's drive was ploughed up. Photo credit: Dave Warren / LNP 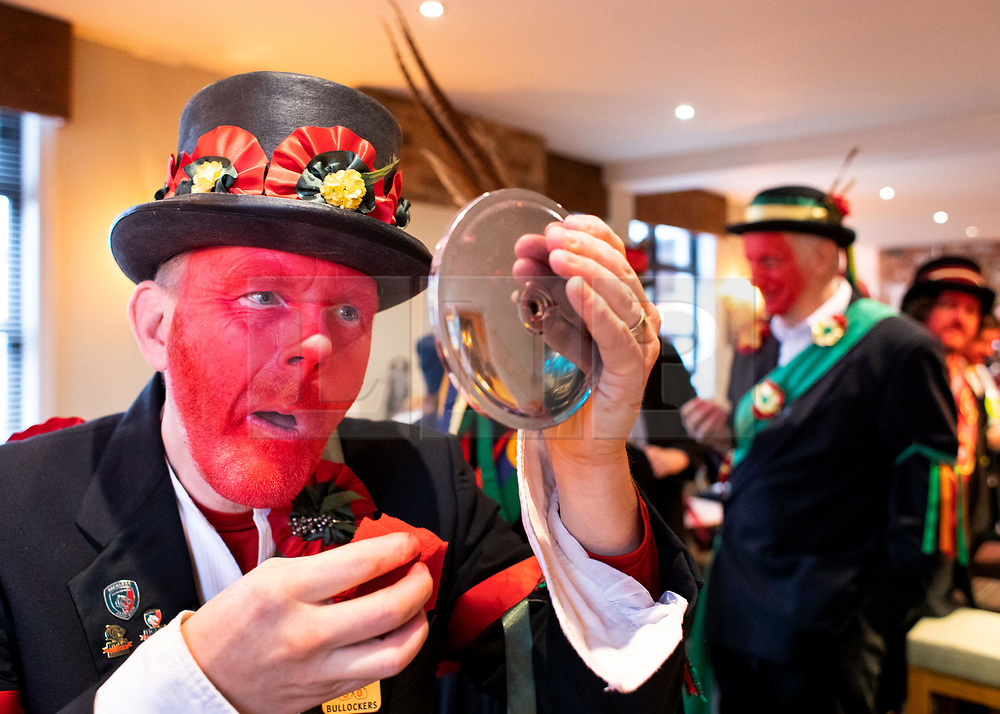