© Licensed to London News Pictures. 05/11/2017. London, UK. Participants cross Westminster Bridge en route to the coast in the 121st Bonhams London to Brighton Veteran Car Run. The 60 mile journey is undertaken by 400 pre-1905 manufactured vehicles, some of which suffer frequent breakdowns. The Run commemorates the Emancipation Run of 14 November 1896, which celebrated the Locomotives on the Highway Act, when the speed limit for 'light locomotives' was raised from 4 mph to 14 mph, abolishing the need for vehicles to be preceded by a man on foot. Photo credit: Stephen Chung/LNP 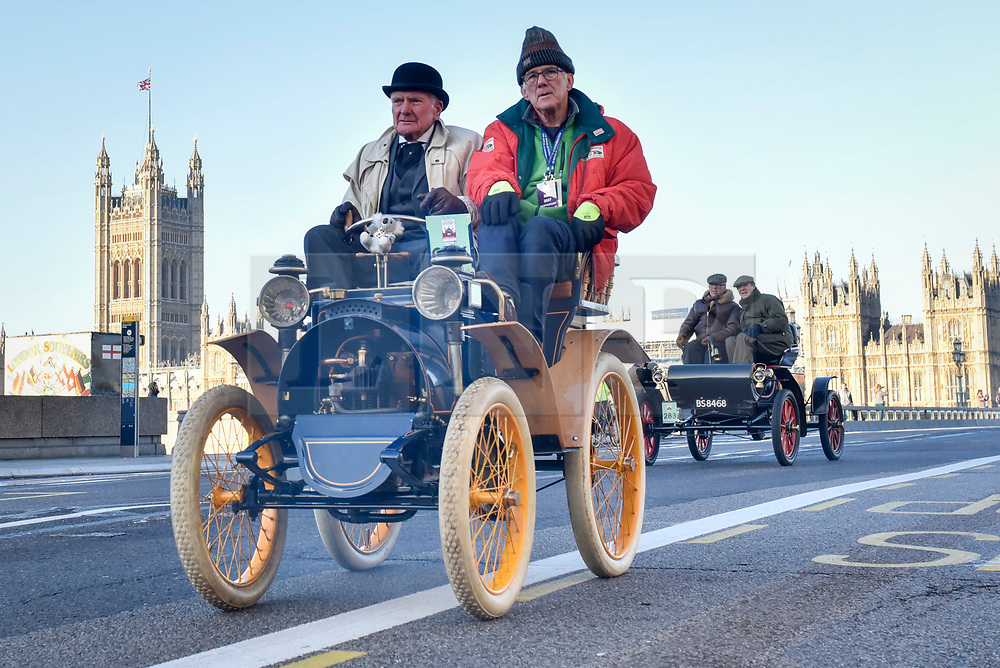