© Licensed to London News Pictures. 23/06/2020. Cookham, UK. A Royal Berkshire Fire & Rescue Service boat searches on the River Thames. A search and rescue operation was launched Tuesday evening after reports that several people, believed to be refugees from Syria, got into difficulties, it is understood that one person was rescued and transferred to hospital and one person remained unaccounted for. Multiple emergency resources were deployed to the scene, close to Odney Common in Cookham, including lowland search and rescue teams. Photo credit: Peter Manning/LNP 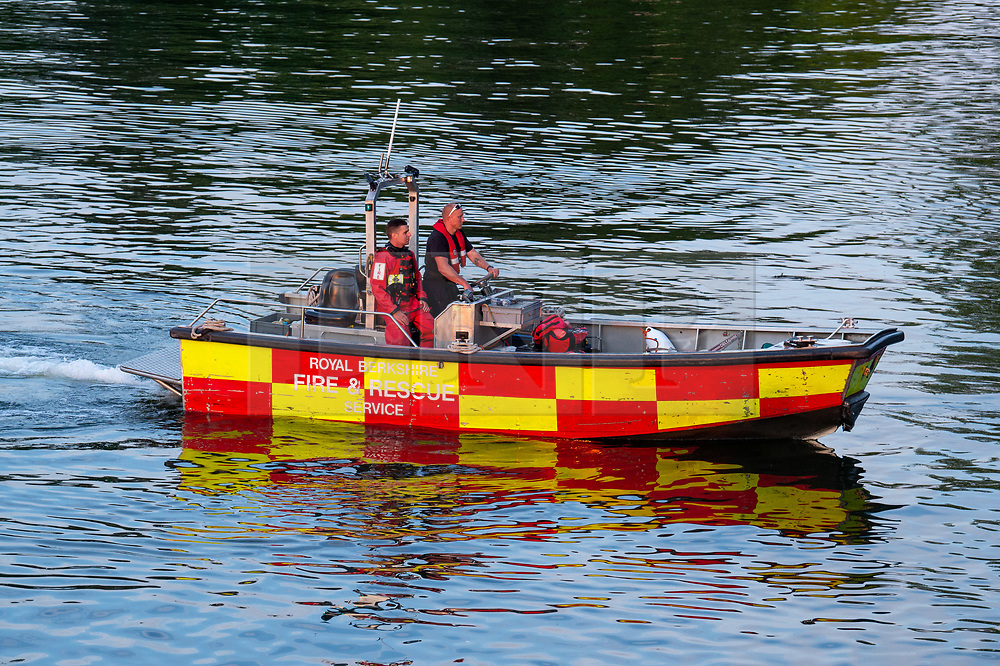