© Licensed to London News Pictures. 08/09/2021. London, UK. Following the death of Dr Marta Krawiec at Holborn, supporters of London Cycling Campaign (LCC) ride to the junction where she was killed, along a route featuring several of London’s other deadly junctions left for years without appropriate safety interventions. The campaign is demanding an end to delays over action on junctions known to be dangerous, and lethal to cyclists for years.

Dr Krawiec died in a crash with an HGV on a notorious blackspot at the junction of Southampton Row and Theobalds Road, near Holborn Tube station on the 4th of August and is the 7th cyclist to have been killed at the junction in 13 years 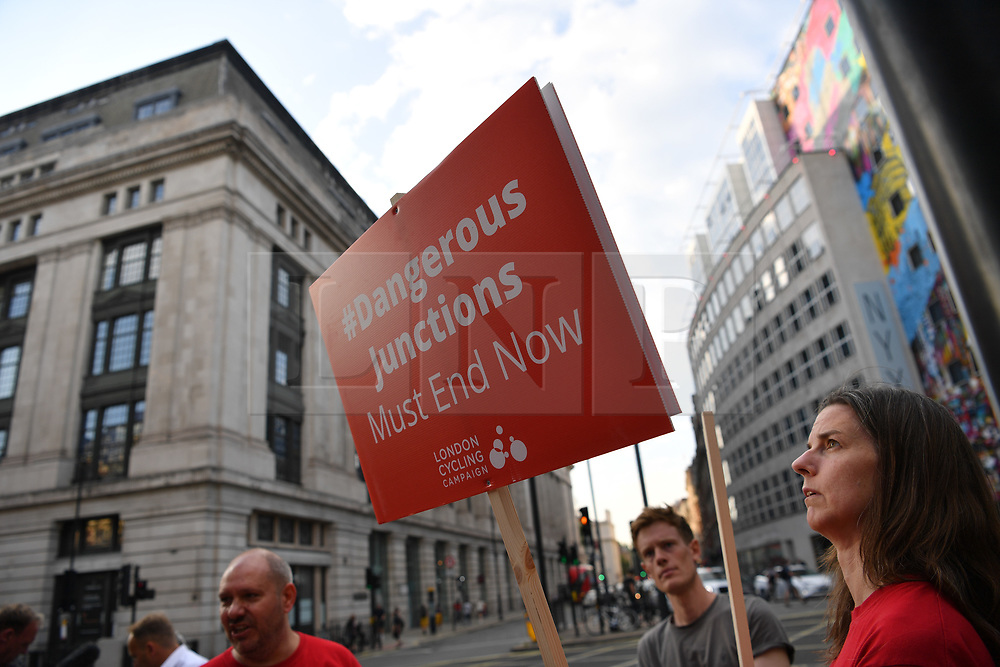