© Licensed to London News Pictures. 30/04/2012. BADMINTON, UNITED KINGDOM. Lucinda Hanbury, one of the Site Directors of The 2012 Mitsubishi Motors Badminton Horse Trials, stands in front of the water jump after it was announced that the event will be cancelled due to poor ground conditions. The event, which was a key qualifier for the 2012 London Olympic Games, has been called off because of large areas of standing surface water and worries about the going of the Cross Country track. Photo credit: Mark Chappell/LNP 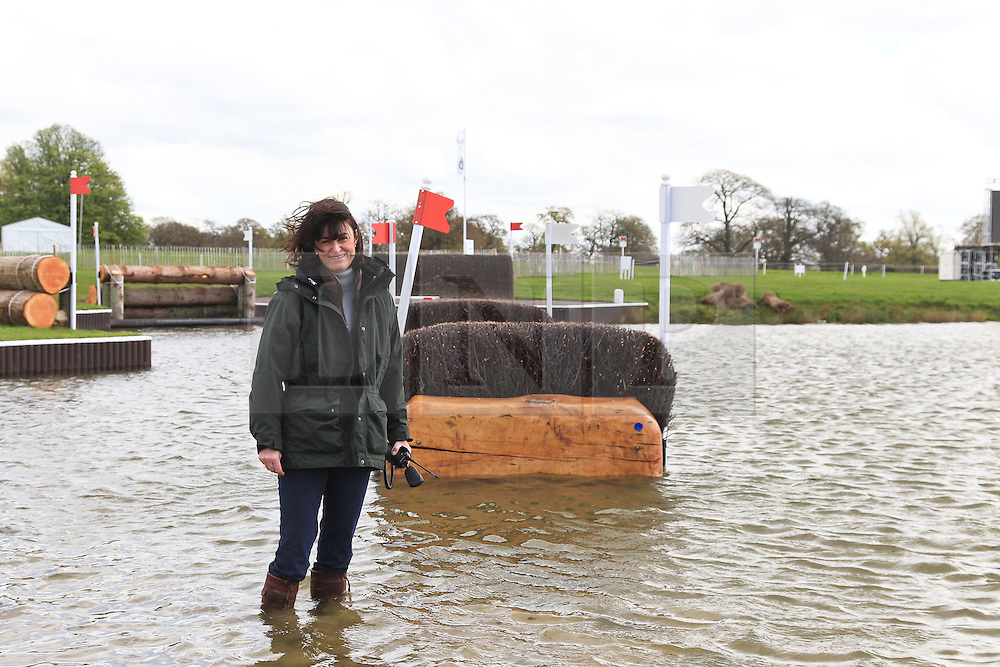