© Licensed to London News Pictures. 14/12/2016. London, UK. Members of the public queue in front of a closed gate sign, in the hope of getting a Southern Rail Gatwick Express train at afternoon rush hour at Victoria Station on 14 December 2016. Hundreds of thousands of rail passengers face a second day of a 3 day all-out strike in an escalating dispute over the role of conductors between Southern Rail and the RMT Union. Photo credit: Ben Cawthra/LNP 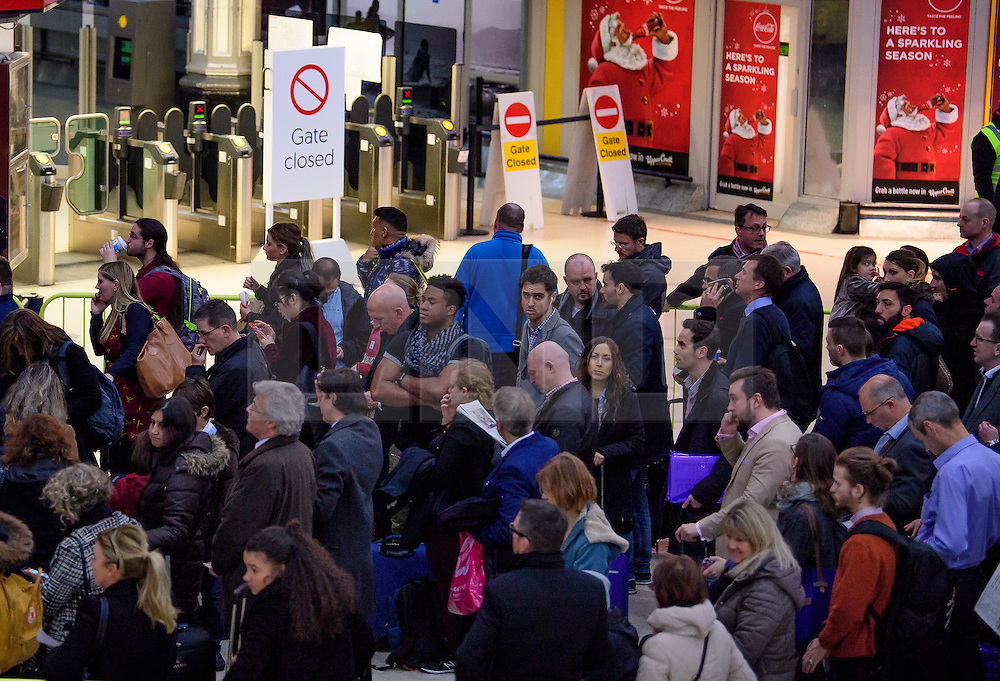