© Licensed to London News Pictures. 13/04/2019. Birmingham, West Midlands, UK. The newly formed Eurosceptic pro-brexit, Brexit Party - launched yesterday 12th April 2019 in Coventry, UK. - hold the official launch rally of The Brexit Party at the International Convention Centre (ICC) in Birmingham, UK. The Brexit Party was founded by former UKIP economics spokeswoman, Catherine Blaiklock in January 2019 to support Brexit, which was the majority 'Leave' vote in the 'Leave or Remain' referendum of 23rd June 2016.
Brexit Party members point out that the UK prime minister, Theresa May, has betrayed her electorate by not keeping her pledge that the UK would leave the European Union on March 29th 2019, the date set by invoking article 50 of the Treaty of Lisbon. This pledge to leave the EU was voiced by May no less than 108 times. The Brexit party's representation consists of nine members of the European Parliament. Photo credit: Graham M. Lawrence/LNP 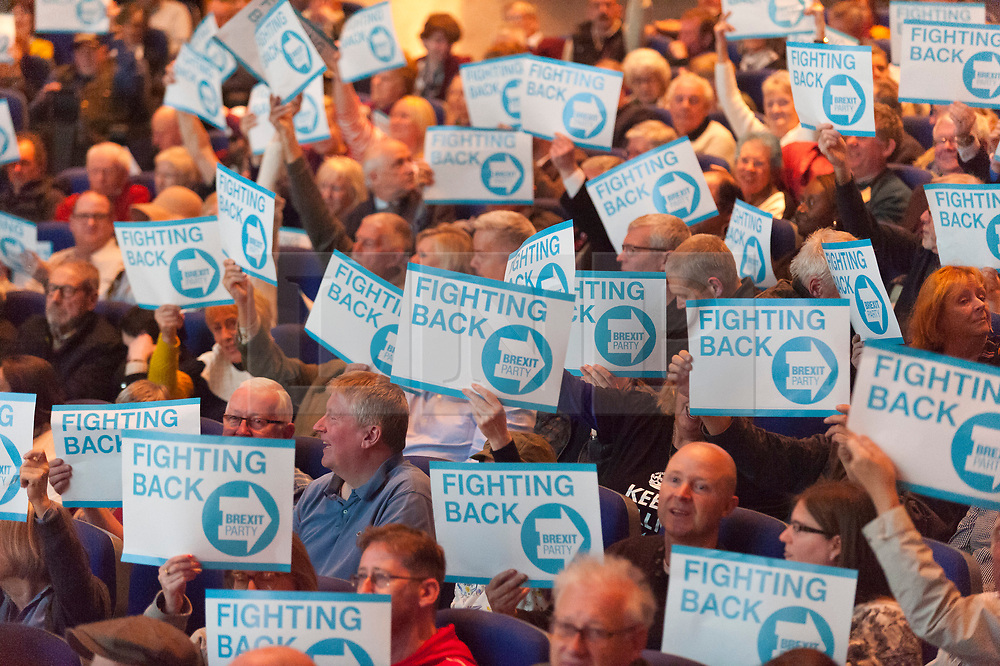