© Licensed to London News Pictures. 11/09/2015. Kirkuk, Iraq. A Kurdish peshmerga fighter watches an armoured humvee move through the recently captured village of Zankhar, Iraq. The village was captured by the peshmerga during an offensive to expand a safety zone around Kirkuk, Iraq. 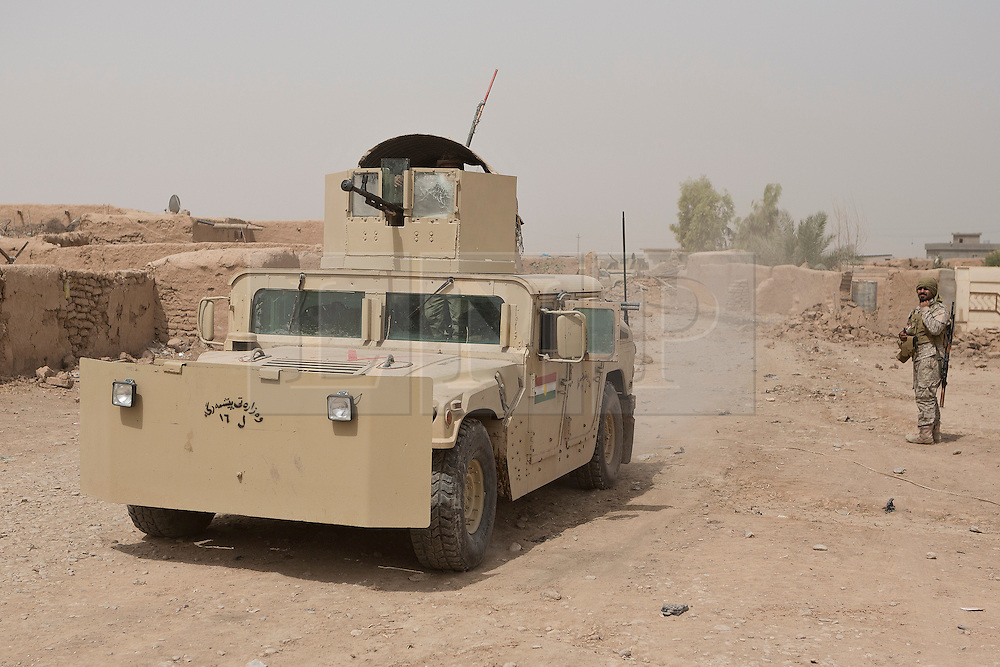