© Licensed to London News Pictures. 09/06/2018. London, UK. Supporters of EDL founder Tommy Robinson ( real name Stephen Yaxley-Lennon ) clash with police in Trafalgar Square during a demonstration on Whitehall in Westminster after Robinson was convicted of Contempt of Court . Robinson was already serving a suspended sentence for Contempt of Court over a similar incident , when he was convicted on Friday 25th May 2018 . Photo credit: Joel Goodman/LNP 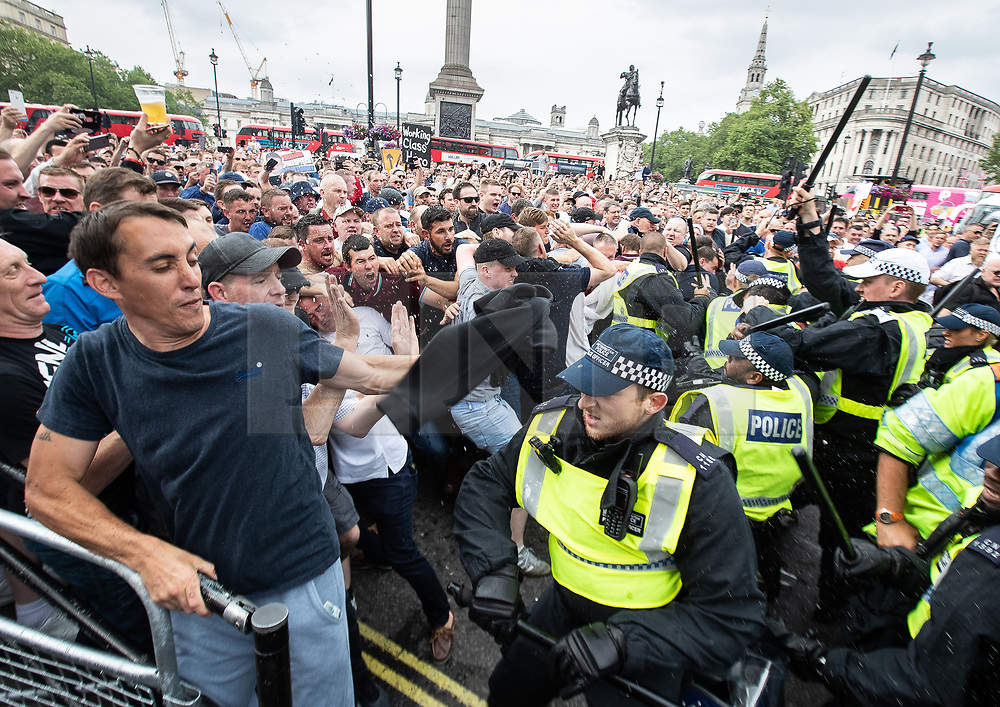