© Licensed to London News Pictures. 17/01/2012. FILE PICTURE. Twycross, UK. Okanda the baby gorilla at Twycross Zoo in Leicestershire, UK, who leaves for Germany today (Tuesday 17th January 2012). In October 2011 Okanda fell ill, possibly from a lack of nutrients from his mother's milk and was withdrawn from the Gorrilla group for treatment. Despite efforts to reintroduce Okanda he was rejected by the group. Okanda will now be sent to Germany where he will be introduced to a new Gorilla group with gorillas of the same age where he will be able to fit in and learn from his peers. Photo credit: Dave Warren/LNP 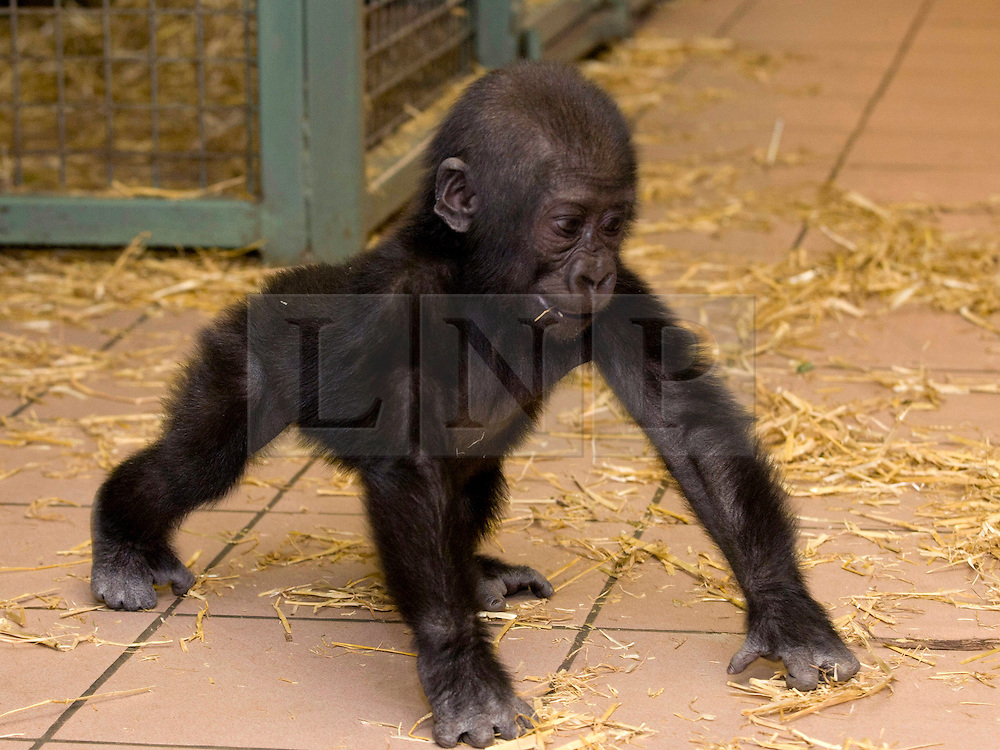