© London News Pictures. 24/03/2016. A group of young Orthodox Jewish men, some in fancy dress, ride in the back of a truck while listening to music as they celebrate the festival of Purim in the streets of Stamford Hill in north London. Purim celebrates the miraculous salvation of the Jews from a genocidal plot in ancient Persia, an event documented in the Book of Esther. Traditionally the jewish community wear fancy dress and exchange reciprocal gifts of food and drink. Photo credit: Tolga Akmen/LNP 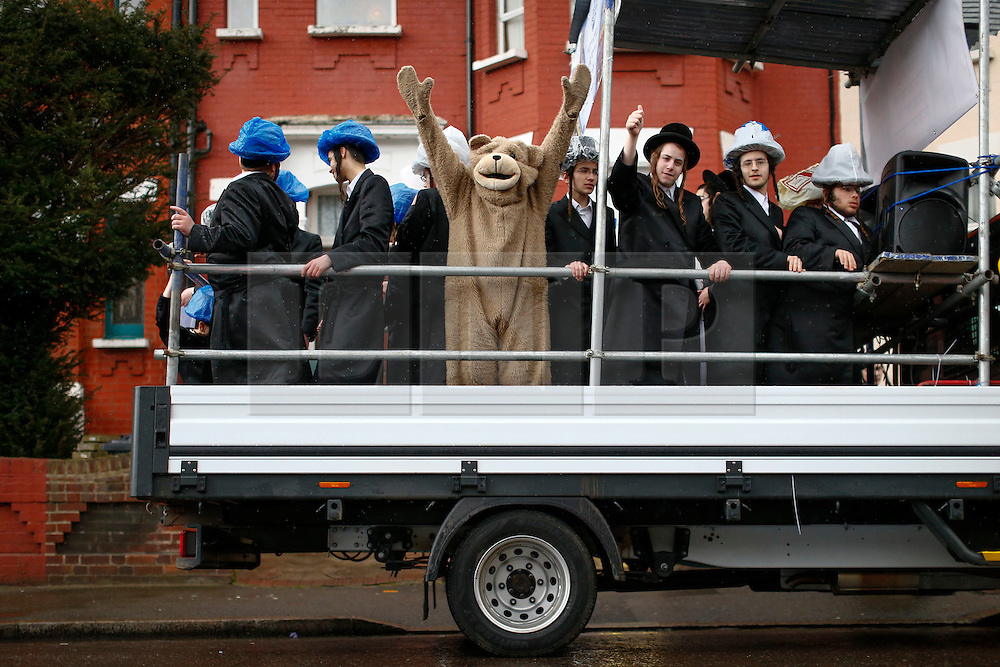