© Licensed to London News Pictures . 09/05/2017. Paris, France . A woman , begging at the side of the road , holds a cardboard sign over her face that reads " Syrian Family " next to the scene where French police have cleared approximately 1000 people from an ad hoc roadside camp under roadways along a central reservation , in which migrants were living , in Porte de la Chapelle in North Paris , this morning (9th May 2017) . Photo credit: Joel Goodman/LNP 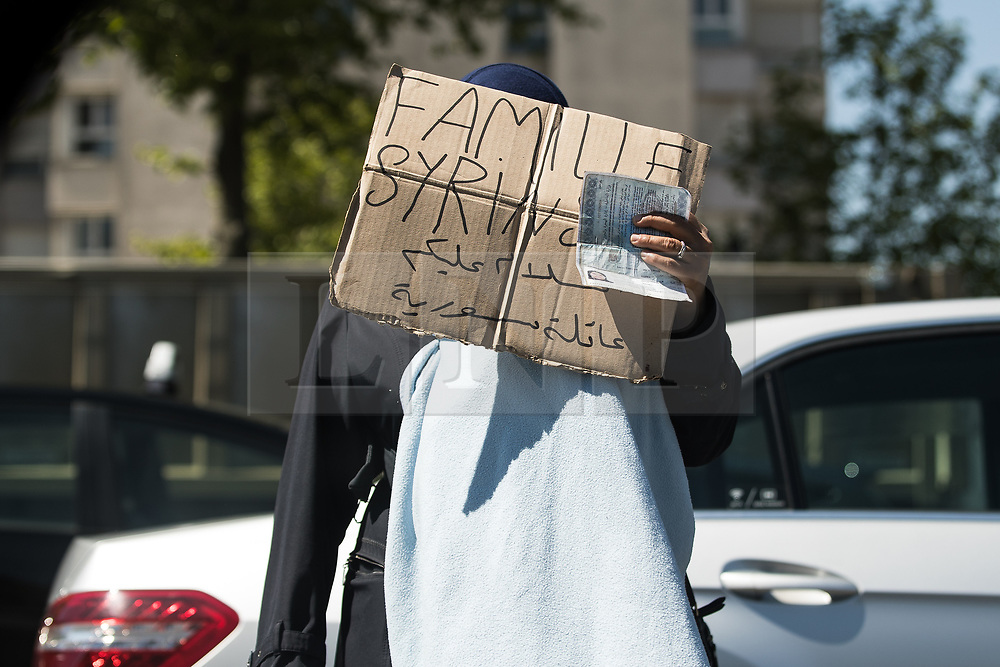