© Licensed to London News Pictures. 04/11/2016. Hamdaniyah, Iraq. A Christian militiaman, holds up a picture of Jesus Christ, slashed by Islamic State militants who previously occupied the house, in the recently liberated town of Hamdaniyah, Iraq. The house was also used as a factory for constructing improvised mines, components can be seen stacked on the right side of the image. 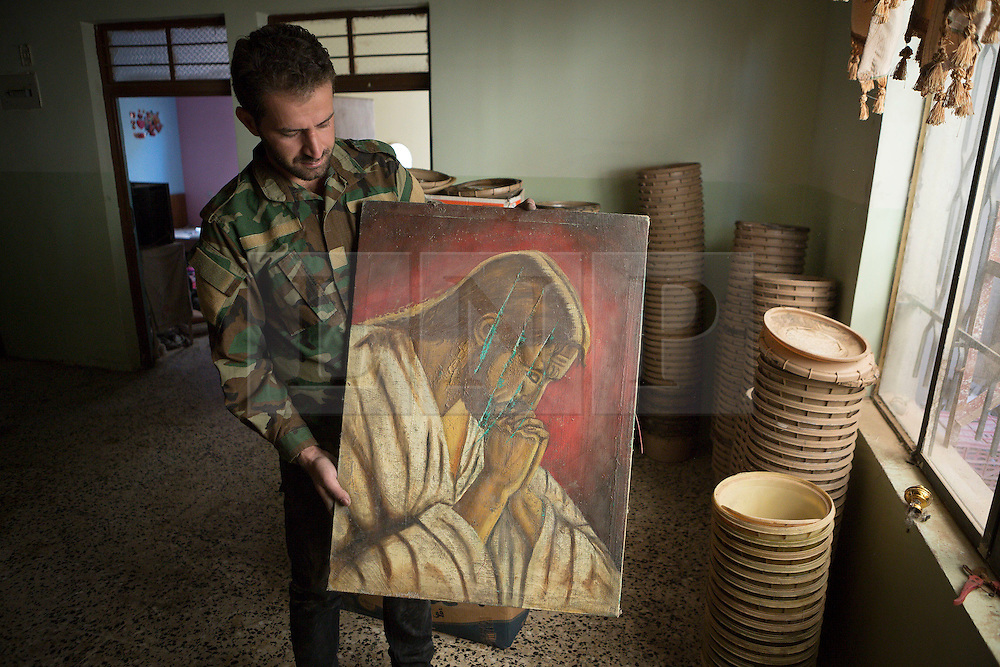