© Licensed to London News Pictures. 27/11/2016. London, UK. 'Caution Wet Floor' signs in a grocery store on Lee High Road which suffered flood damage after a tourist coach fell into a sinkhole. The road has been closed off and police declared a 'major incident' after a French tourist coach with 100 passengers on board fell into a sinkhole caused by a burst water mains, flooding a long stretch of the road including many local businesses. . Photo credit: Rob Pinney/LNP 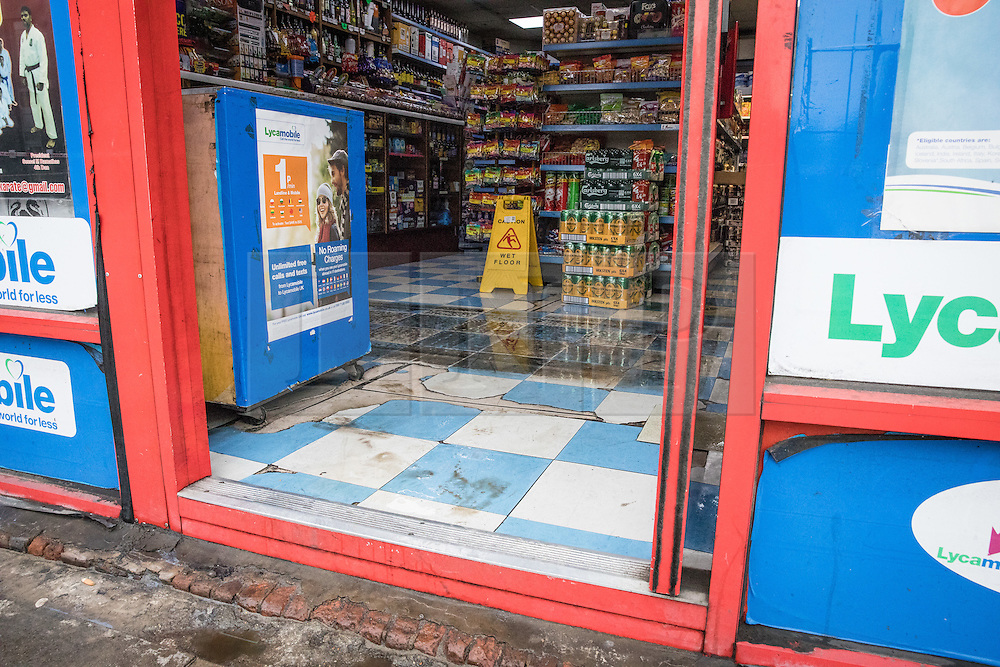