© Licensed to London News Pictures. 19/02/2013. Cambridge, UK Unite Against Fascism holds a demonstration and Rally today,19th February, outside the Cambridge Union debating society, against Marine Le Pen who has been invited to address the Union. Marine Le Pen is the President of the Front National, the third largest political party in France. As a long-standing MEP, she has become a highly influential figure on the European right . Photo credit : Stephen Simpson/LNP 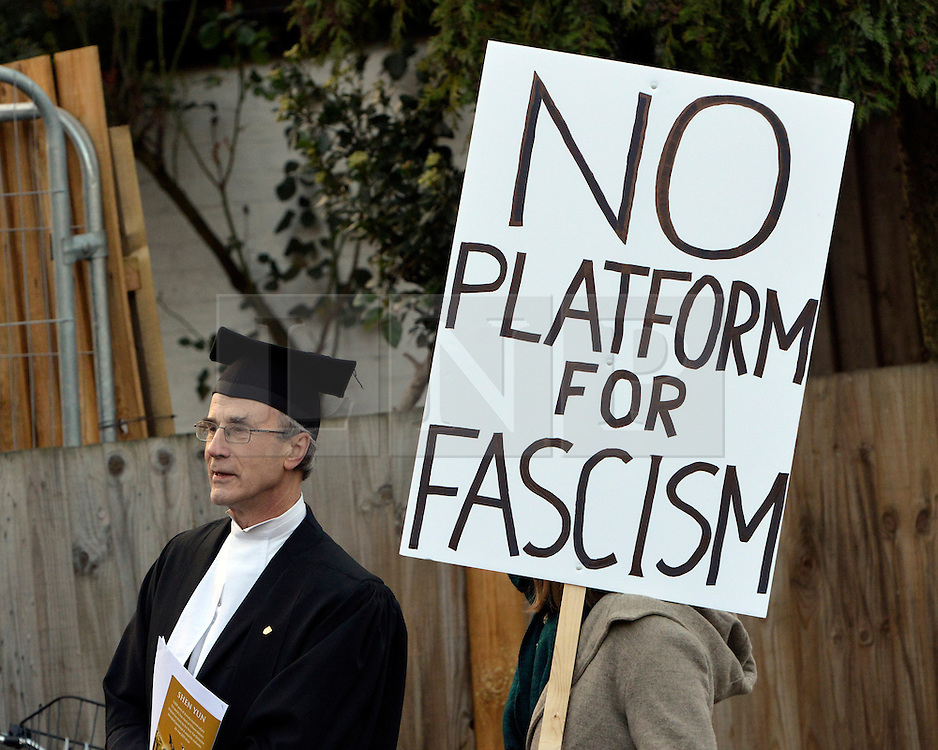