© Licensed to London News Pictures. 01/10/2014
A man has been left with head injuries after an assault in Slade Green,Greater London. Kent border,near Erith.
Police have cordoned off Bridge Road where it meets Northend Road following the incident, which happened at around 10pm last night (September 30).
Weapons are believed to have been involved.
A 17-year-old man was arrested on suspicion of GBH and is currently in custody.
Another suspect later handed themselves in to police.
(Byline:Grant Falvey/LNP) 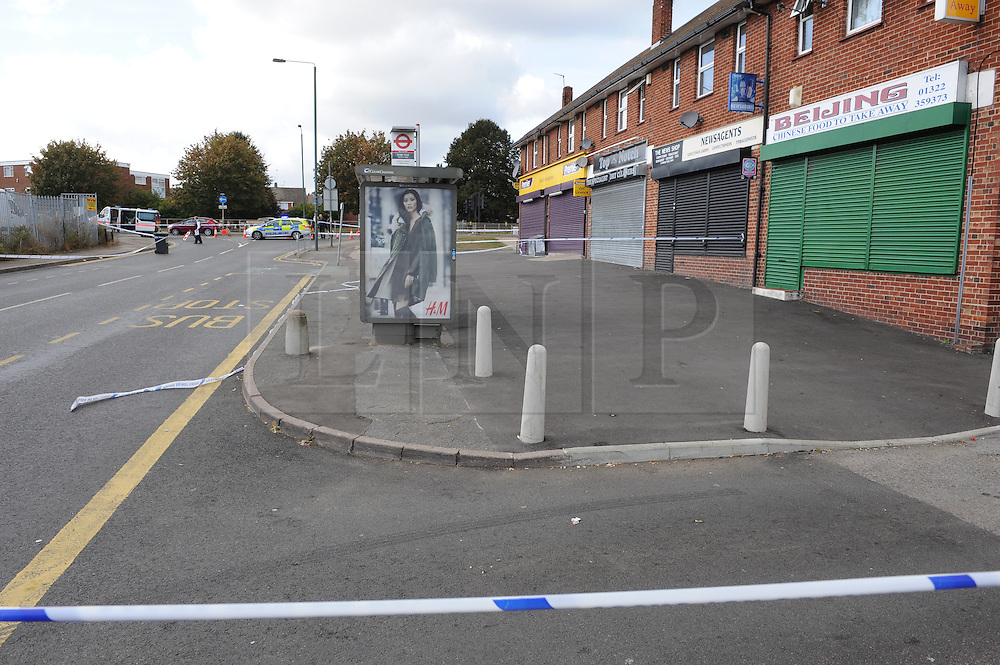