© Licensed to London News Pictures . 16/07/2017 . Manchester , UK . A silver BMW is towed from the scene . The Independent Police Complaints Commission have been informed following a road traffic accident near Stockport . Reports say a car struck two elderly people on the A6 Buxton Road in Heaviley at the junction with Kennerley Road and that two young males were detained by members of the public and police as they tried to make off from the scene . An undamaged silver BMW and a badly damaged dark grey Renault Clio were towed from the scene and surrounding roads have been closed to traffic as an investigation is carried out . Photo credit : Joel Goodman/LNP 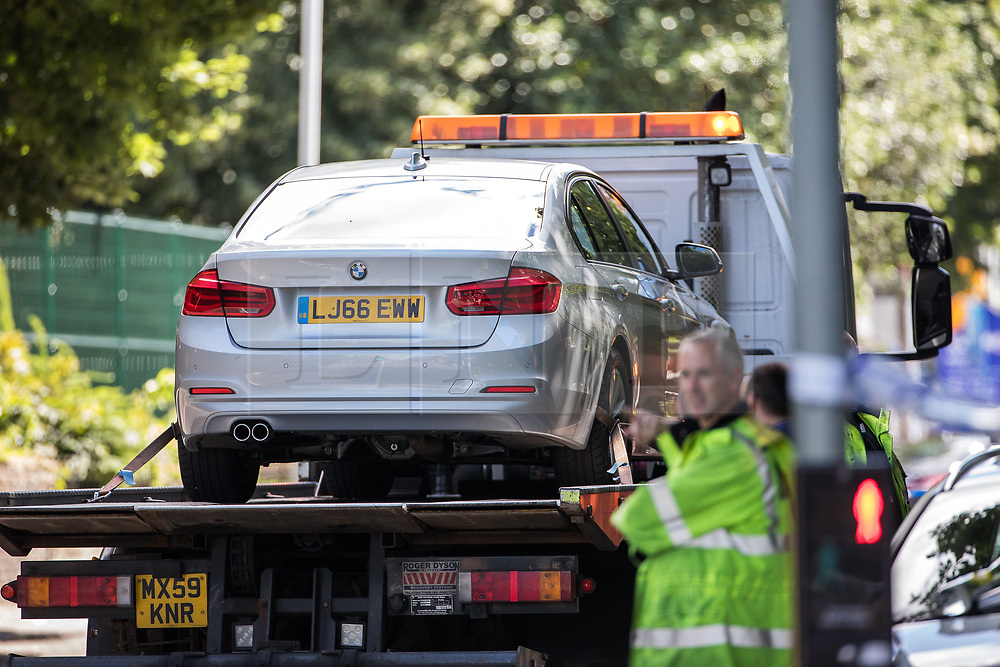