© Licensed to London News Pictures. 10/06/2019. Bristol, UK. TERRENCE BROWN (correct spelling) aged 86 arrives at Bristol Magistrates Court for sentencing after admitting charges of multiple rape. He is appearing at Bristol Crown Court via video link from Bristol Magistrates Court because the latter is more accessible for his mobility scooter. The pensioner was due to stand trial in July but pleaded guilty to the historical sexual abuse of a woman and teenage girl. Brown pleaded guilty to indecently assaulting the teenage complainant on six occasions and raping her on six occasions. He pleaded guilty to two sexual assaults on the woman. He denied further rape and sexual assault charges on them. The judge at the hearing in May told Brown that he would receive a custodial sentence. Photo credit: Simon Chapman/LNP. 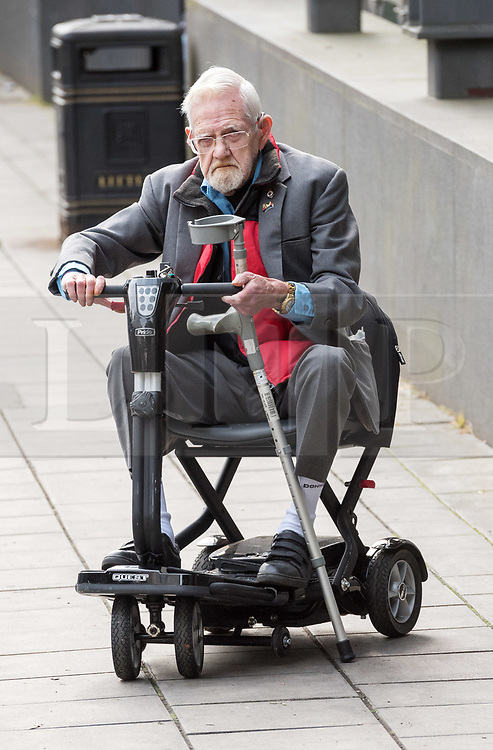