© Licensed to London News Pictures . 11/07/2018. Manchester, UK. An England fan is consoled as he cries as the final whistle blows and England are defeated in the World Cup. England fans watch England play against Croatia in the World Cup semi finals, on a big screen at Castlefield Bowl in Manchester City Centre . Until today , Manchester had been the largest city in England not to be showing World Cup matches to the public on a big screen . Photo credit: Joel Goodman/LNP 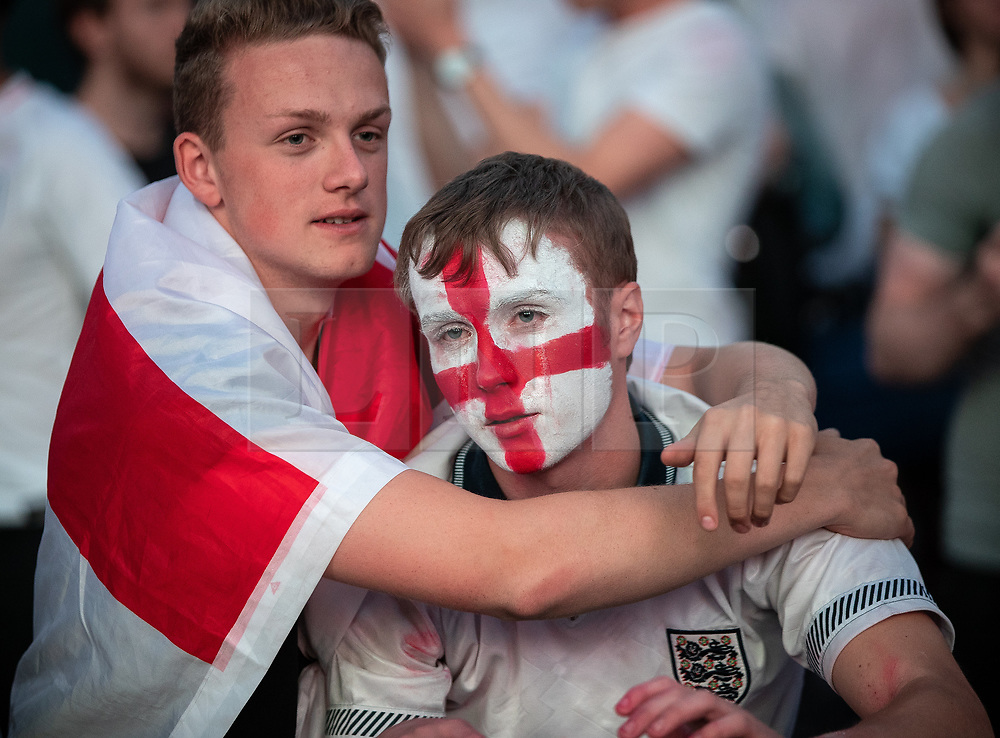