© Licensed to London News Pictures. 28/07/2016. Bridgwater, Somerset, UK. A final investment decision is expected today from French energy company EDF to go ahead with the building of Hinkley C nuclear power plant, the first nuclear power plant to be built in the UK for 20 years, which will be built next to the existing Hinkley A and B nuclear plants near Bridgwater. FILE PICTURE dated 15 January 2010; Protest at the offices of EDF energy in Kings Square, Bridgwater, Somerset. The protest is against the proposals by EDF to build a new nuclear power station, Hinkley C, at nearby Hinkley Point where there is already an existing nuclear power station. Anti-nuclear campaigners are angry that the final decision about this major project – the largest nuclear plant ever proposed in the UK – will be made by a new Government quango, the Infrastructure Planning Commission. They say the IPC is an unelected body whose members have been appointed by the government to implement its energy policy. This policy is in favour of “new nuclear build”. When the last Hinkley C proposal was made in the late 1980s there was a public inquiry, and the project did not go ahead. Photo credit : Simon Chapman/LNP 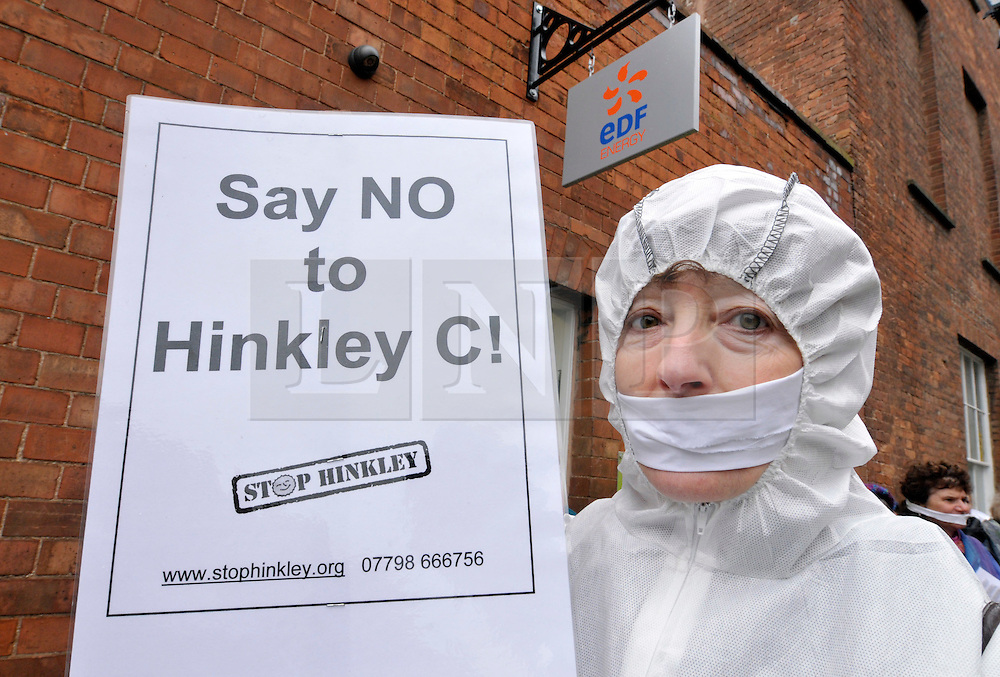