© Licensed to London News Pictures. 17/07/2019; Bristol, UK. Extinction Rebellion Summer Uprising 2019. A man with blue hair stuck his foot to the road and police worked to remove him safely. Police remove protesters arresting some and putting them in police vans as they try to clear a major road junction occupied by an Extinction Rebellion protest which has caused major traffic disruption. Campaigners locked themselves onto a pink bath tub, and held 7 minute roadblocks on other parts of the junction complex. Extinction Rebellion are holding a five-day 'occupation' of Bristol, by occupying Bristol Bridge in the city centre and traffic has to be diverted and carrying out other events. As part of a country-wide rebellion called Summer Uprising, followers will be holding protests in five cities across the UK including Bristol on the theme of water and rising sea levels, which is the group’s focus for the South West. The campaign wants the Government to change its recently-set target for zero carbon emissions from 2050 to 2025. Photo credit: Simon Chapman/LNP. 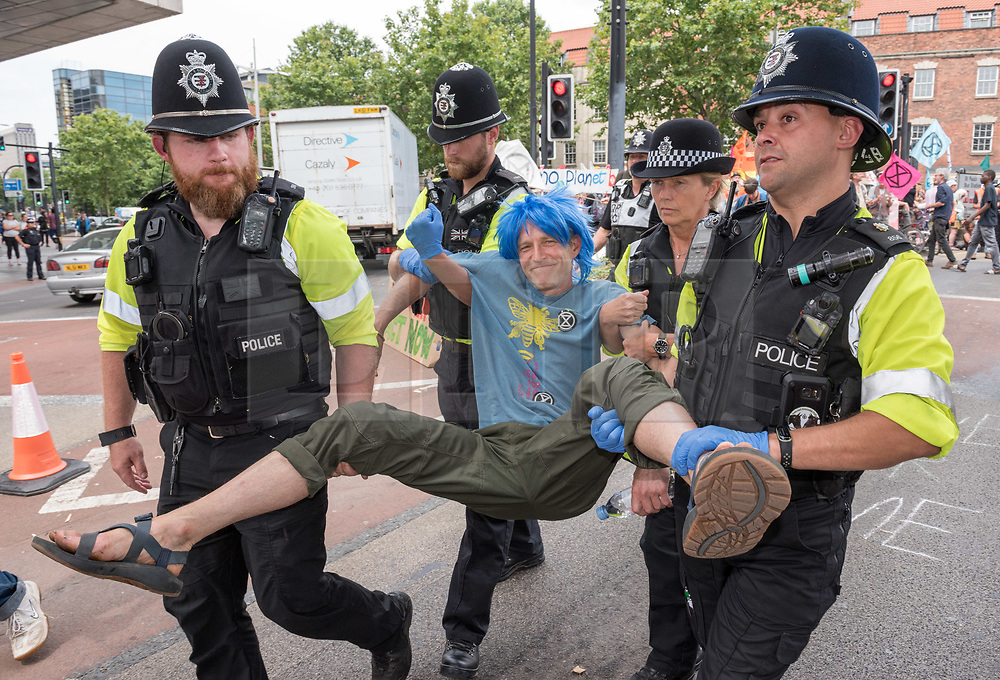