© Licensed to London News Pictures . FILE PICTURE DATED 17/05/2013 . The Popular Institute , Manchester , UK . American actress and model LUCY LIU at a preview of her art exhibition , " Totem " which is open to the public from this Tuesday (21st May) until June 22nd . Her work features a series of hand stitched linen canvases and sculptures which , she says , explores the fragility of the human form through a recurring theme of the human spine . Liu said she chose Manchester as she likes its " underground " cultural scene and that " people can get a bit jaded with the whole London scene " . The exhibited works are for sale for between £8,000 and £16,000 with all profits going to UNICEF . Photo credit : Joel Goodman/LNP 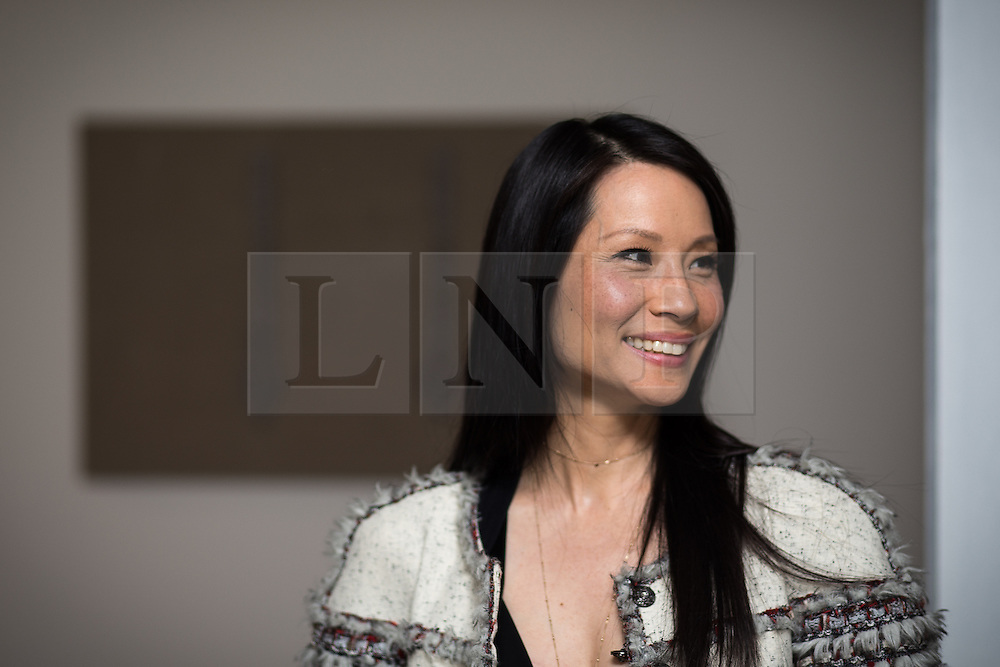