© Licensed to London News Pictures. 11/09/2012. LONDON, UK. Two members of Royal Academy of the Arts staff look at the 2000 year old 'Dancing Satyr' at the academy's latest exhibition entitled 'Bronze' in London today (11/09/12). The Satyr, discovered off the coast of Sicily in 1998 is considered one of the greatest of all classical bronzes, forms the signature piece for the exhibition that runs from 15 September to 9 December 2012. Photo credit: Matt Cetti-Roberts/LNP 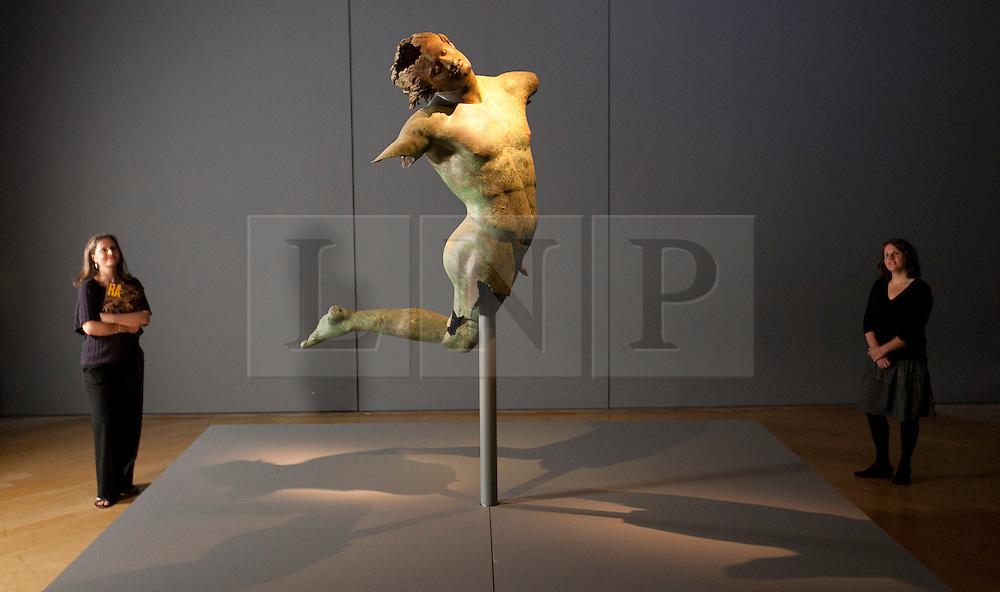