© Licensed to London News Pictures. 09/06/2017. London, UK. Members of the media photograph a campaigner from the organisation Avaaz wearing a Theresa May head as she mourns the 'death of hard Brexit' outside Parliament. Prime Minister Theresa May failed to secure a parliamentary majority in the 8 June 2017 General Election, which she claimed was needed for effective negotiations for Britain's exit from the European Union. Photo credit: Rob Pinney/LNP 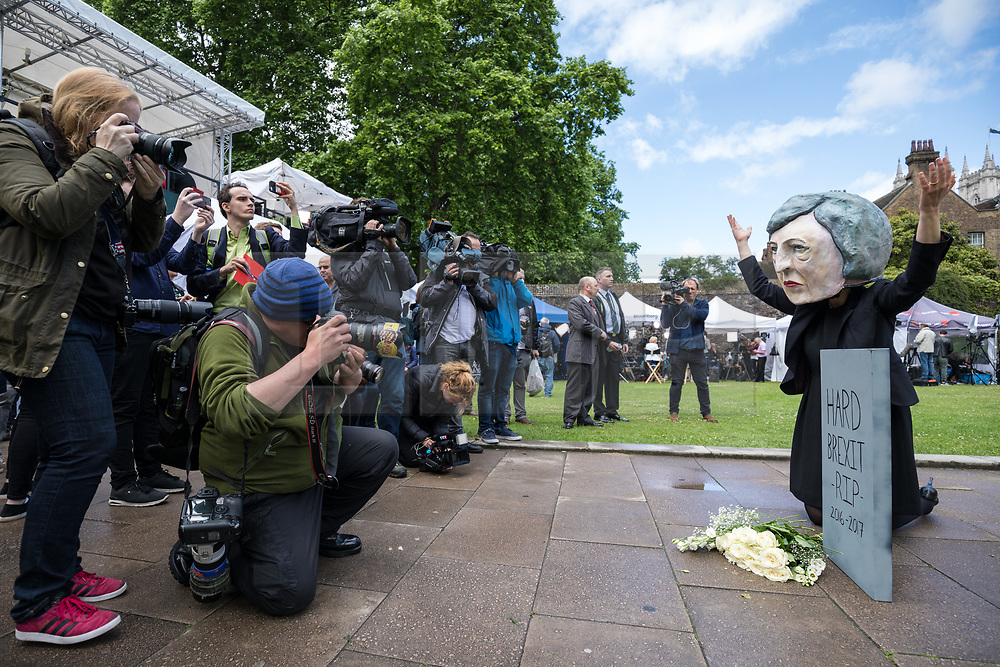