© Licensed to London News Pictures. 20/09/2017. Kirby Misperton UK. A lorry enter's the Kirby Misperton KM8 fracking site this morning as a second day of protests have started. It is thought that equipment to erect noise barriers is being bought in. Third Energy was granted planning permission last year to frack the site but has not yet received final consent to begin fracking, but expects to start before the end of the year. are Photo credit: Andrew McCaren/LNP 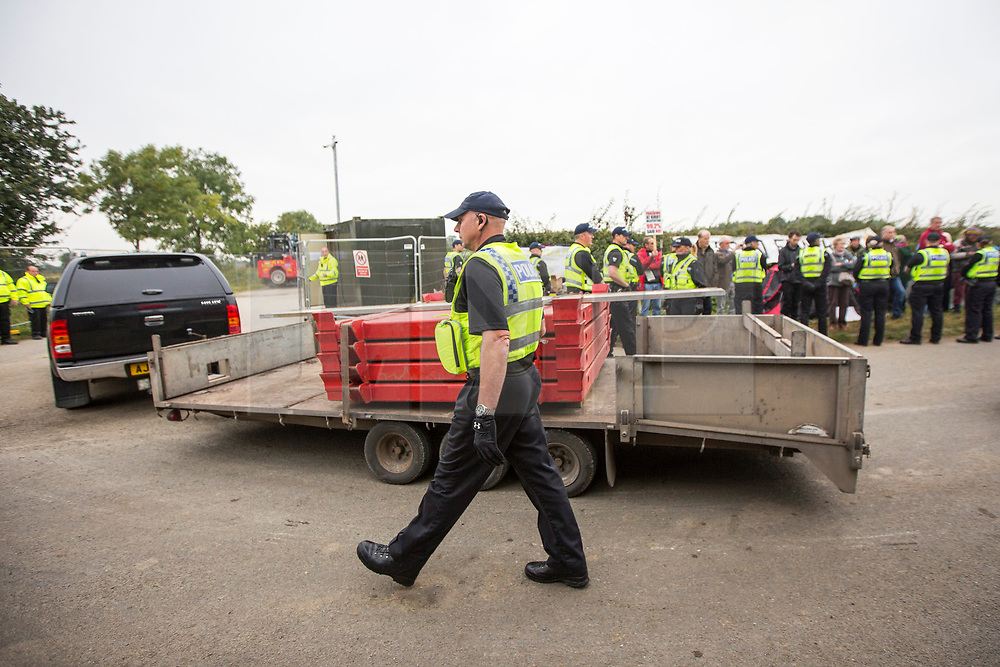