© Licensed to London News Pictures. 15/11/2014. Birmingham, West Midlands, UK. Thousands of people visited the Birmingham German Market during the first weekend of it's opening. The annual Christmas market, now in it's 14th year is the second largest German market in Europe. The German market is estimated to be worth 85 million pounds to the Birmingham economy. The stalls which stretch right acorss the City Centre from Broad Street to the Bullring are now a mixture of German and local Brummie business's. Pictured, the ice rink is part of the market, attracting all ages to take to the ice outside the I.C.C. Photo credit : Dave Warren/LNP 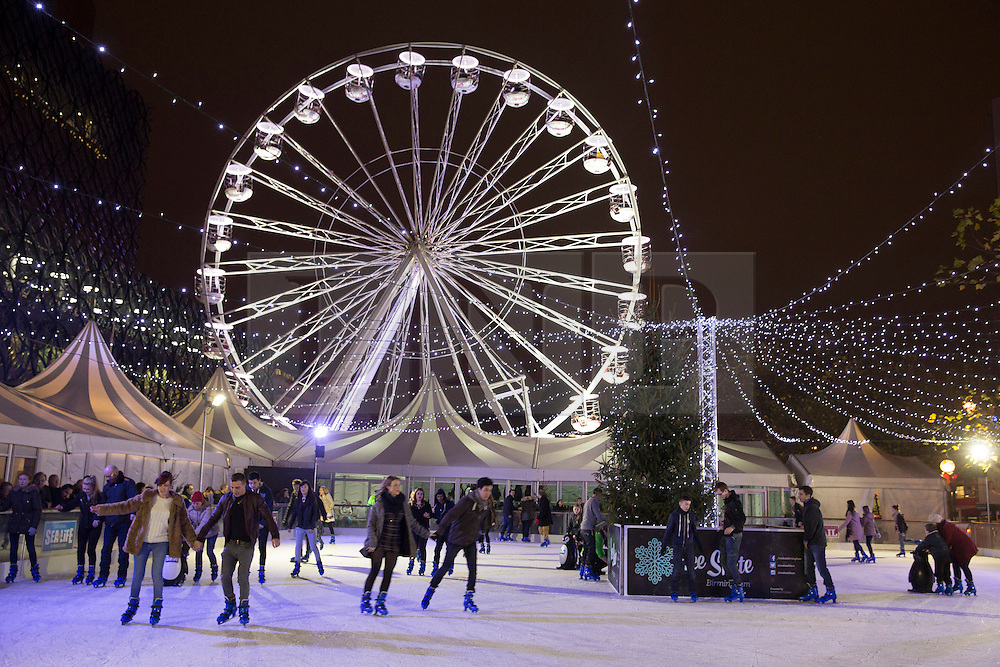