Licensed to London News Pictures. 20/10/2016. Smoke from the burning Qayyarah oilfields blot out the light over the surrounding landscape. The oilfields, which surround the Iraqi town of Qayyarah, were set alight by Islamic State militants as they retreated from Iraqi forces in July 2016. 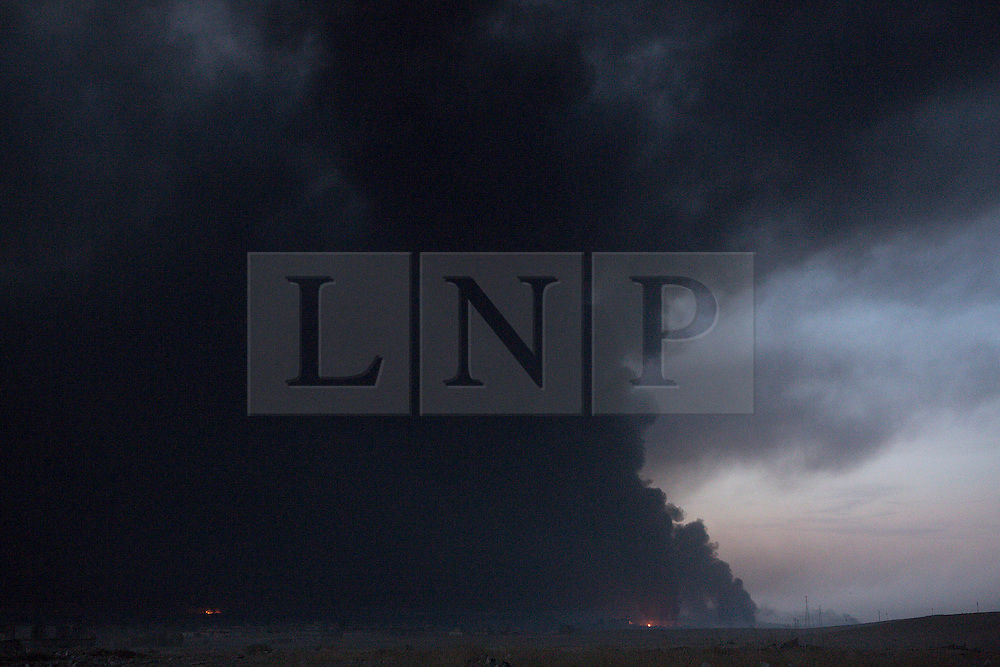