© Licensed to London News Pictures . FILE PICTURE DATED 08/09/2012 . Manchester , UK . DOMENYK NOONAN (pictured in Manchester City Centre on 8th September) has been remanded in custody . He is accused of raping a 15 year old boy . He appeared at Manchester Crown Court via videolink from Manchester prison , charged with four counts of rape and false imprisonment . Police were called to a flat in Manchester City Centre on the afternoon of Wednesday (24th October) . The organised crime boss and star of documentary "At Home With the Noonans" also goes under the name Lattlay-Fottfoy . He is a cousin of Mark Duggan , whose shooting sparked off riots in London in the summer of 2011 . Photo credit : Joel Goodman/LNP. 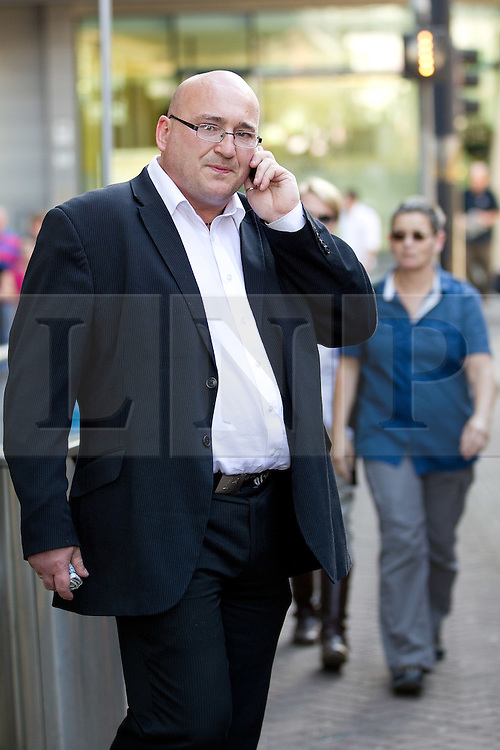