© Licensed to London News Pictures. 28/06/2012. LONDON, UK. A sign for the Greenwich Peninsula Emirates Air-Line terminal is seen in East London today (28/06/12) at the launch of London's first cable car system. The new cable car system, running across the River Thames between the Greenwich Peninsula and the Royal Docks in East London, was today opened to the public, despite fears that it would not be ready in time for the London 2012 Olympics. Photo credit: Matt Cetti-Roberts/LNP 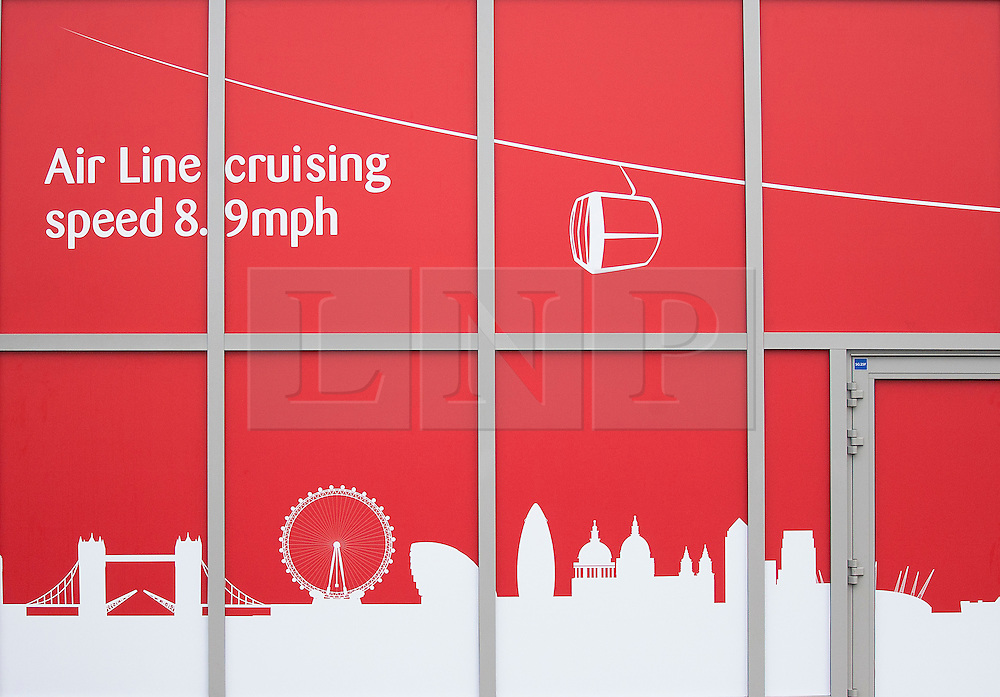