© Licensed to London News Pictures. 03/04/2021. London, UK. A beer can is thrown at police as scuffles break out in Parliament Square during a Kill the Bill demonstration in central London. A coalition of groups including Extinction Rebellion, Kill the Bill & Black Lives Matter are coming together over the Easter weekend to campaign against the proposed Police, Crime, Sentencing and Courts Bill which will give police in England and Wales more power to impose conditions on non-violent protests. Photo credit: Peter Macdiarmid/LNP 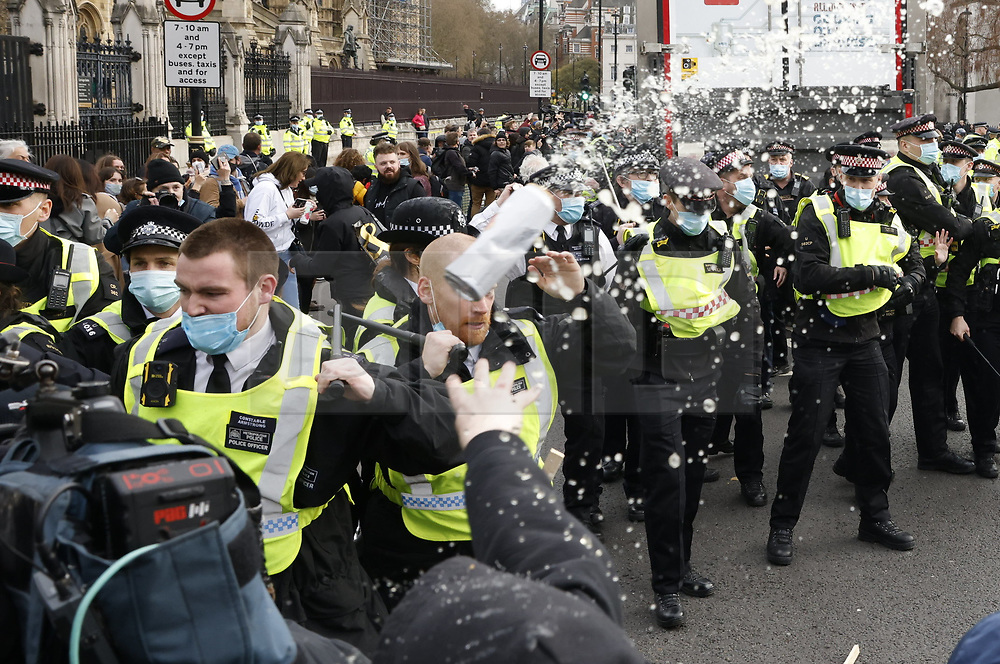