© Licensed to London News Pictures . 02/06/2017 . Manchester , UK . People are evacuated from surrounding buildings as police erect a 100m cordon around Banff Road after a car , which they say is significant in their investigation in to Salman Abedi , is discovered at Devell House , during a visit by the Duke of Cambridge , Prince William , at Royal Manchester Children's Hospital . The prince was meeting patients affected by the murderous bomb attack at an Ariana Grande gig at Manchester Arena on Monday 22nd May . Photo credit : Joel Goodman/LNP 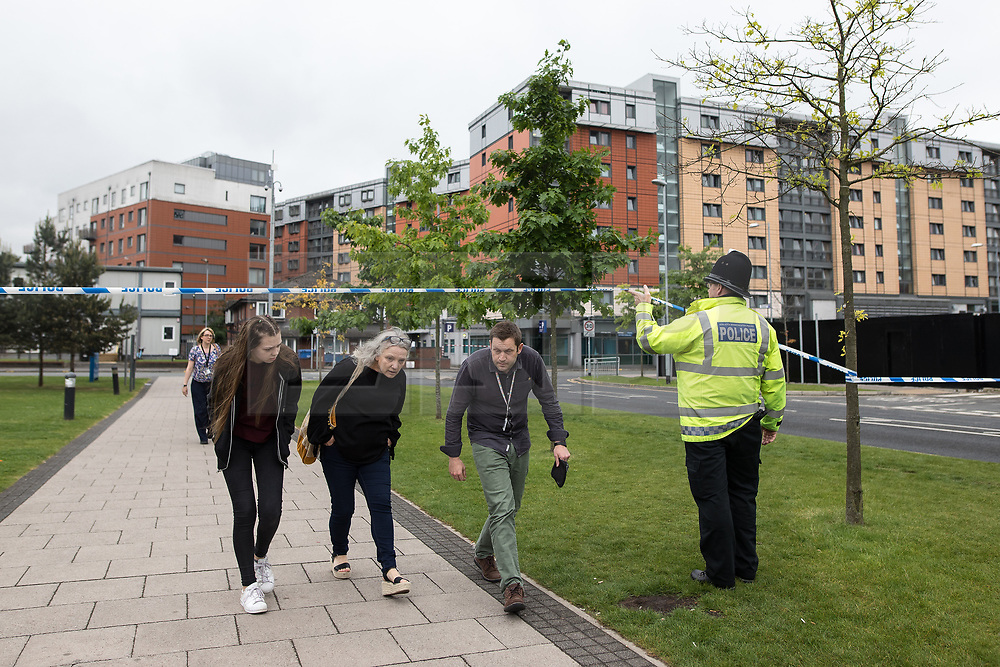