© Licensed to London News Pictures. 02/04/2019. Bristol, UK. HRH THE DUKE OF KENT KG, unveils the Bristol Sikh War Memorial and Remembrance Garden at the official opening in Bristol's Castle Park, to honour an estimated 83,000 Sikh soldiers who lost their lives in the First and Second World Wars, and more than 100,000 who were seriously wounded. The garden is close to the ruins of St Peter’s Church and has been organised by the Bristol Sikh War Memorial Committee to be a peaceful way to remember the Sikh lives lost during the two conflicts. The idea was formed four years ago when Dilawer Singh Potiwal, the project leader of the committee, was attending a commemorative event with long-serving former Labour councillor Ron Stone, who died in 2015, and they had an idea that the Bristol Sikh community do something for their ancestors. All except the architects involved with the war memorial did so as volunteers. Photo credit: Simon Chapman/LNP 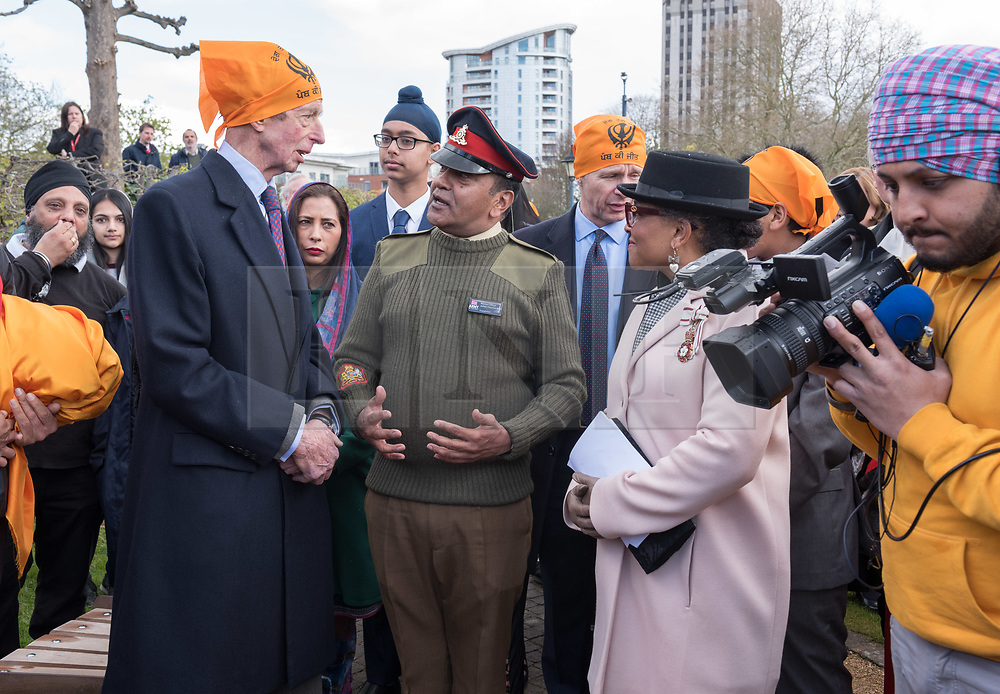