© Licensed to London News Pictures. 02/04/2012. On the 30th anniversary of the Falklands Conflict Margaret Allen, the wife of the Able Seaman Iain Boldy, who died on the HMS Argonaut took part in a short Remembrance service in the Millenium Chapel in Alrewas, Staffordshire to mark the loss of 255 service men during the conflict. Since losing her husband Margaret has suffered from post traumatic stress disorder and also lit a single candle that will burn for the 74 day duration of the conflict. Along with the service those present were invited to view the ongoing work on a new memorial, initiated by the South Atlantic Medal Association (SAMA 82), to remember the 255 UK servicemen who were killed during the Falklands war. The memorial is set to be dedicated on the 20 May 2012 in the presence of over 600 veterans. Photo credit: Alison Baskerville/LNP 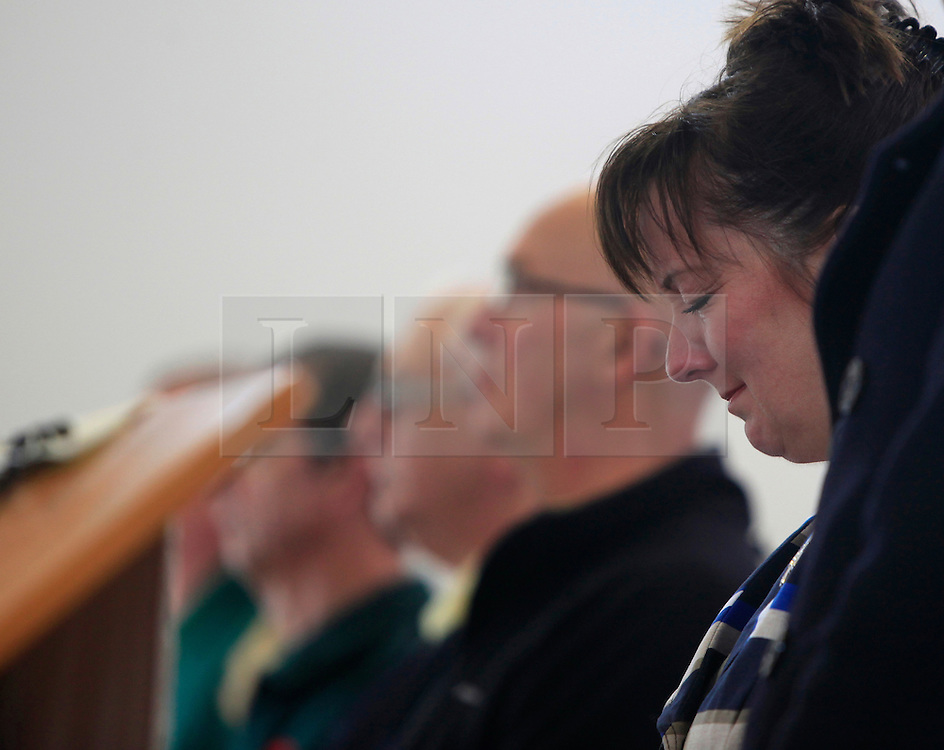