20/10/2016. Bashiqa, Iraq. A peshmerga fighter looks towards a large explosion, possibly from a coalition airstrike, during a offensive to retake the Islamic State held city of Bashiqa, Iraq, today {(date}). 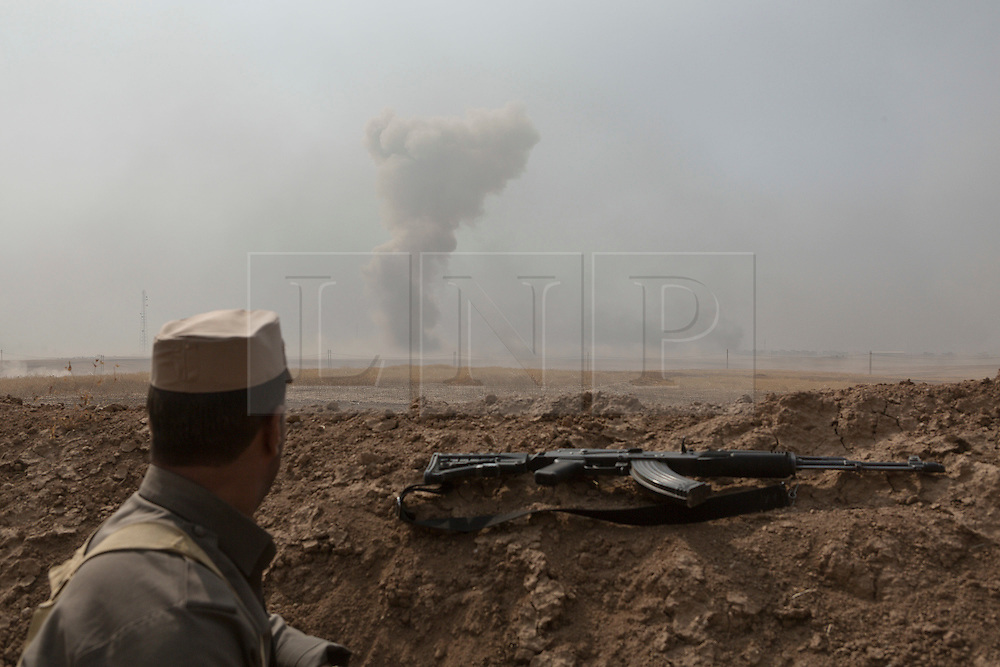