© Licensed to London News Pictures . 03/06/2016 . Tel Aviv , Israel . Placard commemorating Shira Banki , who was stabbed to death by Yishai Shlissel during Jerusalem Pride in 2015 . Over 100,000 people attend the gay pride parade in Tel Aviv , reported to be the largest such event in the Middle East and Asia . The Israeli government has been accused of using the event as " pinkwashing " , marketing the event in order to deflect accusations of poor human rights behaviour . Photo credit: Joel Goodman/LNP 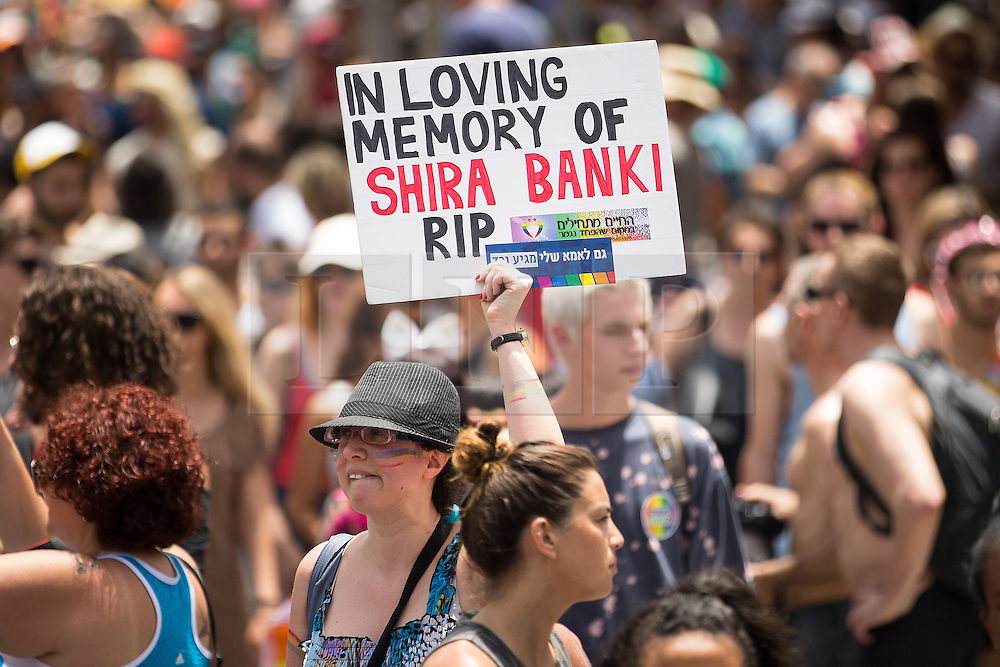