© Licensed to London News Pictures. 08/12/2016. London, UK. Boxes of legal documents arrive at the Supreme Court in Westminster, London, where the fourth and final day of the government's appeal against an earlier High Court ruling, on the process for invoking Article 50 to leave the European Union, is taking place. The High Court decision of 3 November 2016, in favour of lead claimant Gina Miller, ruled that parliament must be given a vote before Brexit negotiations can begin. Photo credit: Rob Pinney/LNP 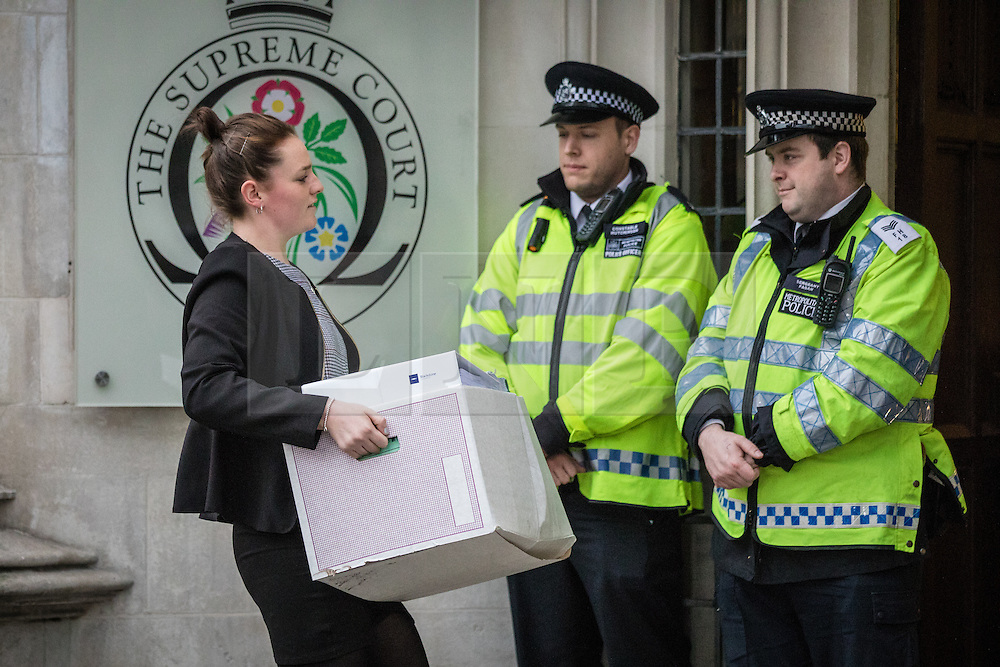