© Licensed to London News Pictures. 08/08/2017. LONDON, UK. A forensic officer takes samples from a car at the crime scene cordon on the corner of Old Kent Road and Ilderton Road, next to the Afrikiko Bar Restaurant and Club. Police were called at around 2am and found a 19 year old man with stab injuries, who was pronounced dead about an hour later. Five people have now been arrested in connection with stabbing and are being held at a south London police station. Photo credit: Vickie Flores/LNP 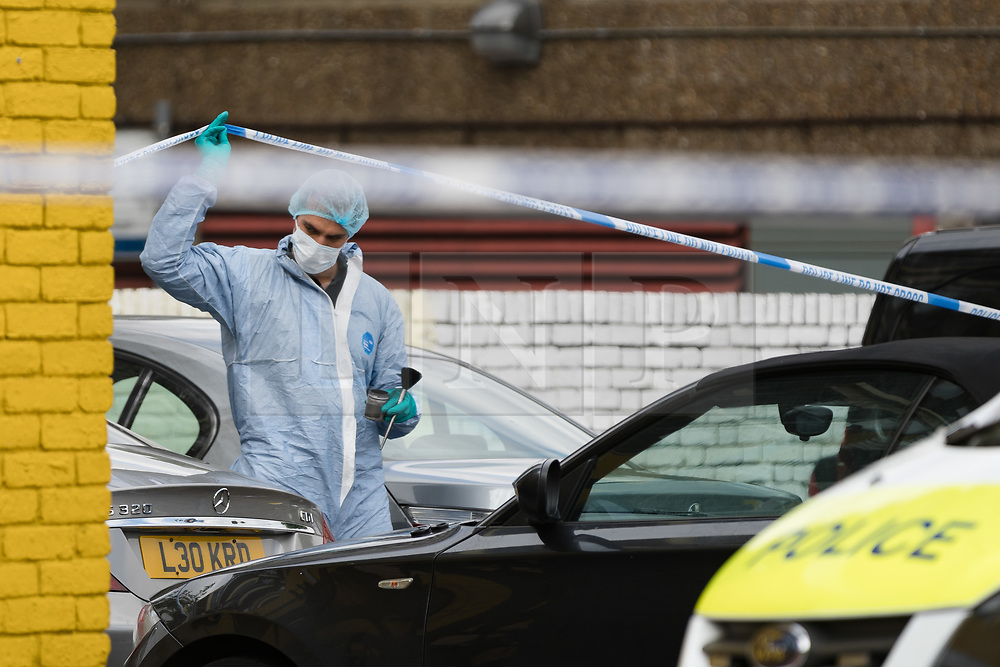