© Licensed to London News Pictures; 12/06/2020; Bristol, UK. Views of the University of Bristol's Wills Memorial Building. The University of Bristol is considering changing the names of some of its buildings including the Wills tower in response to the Black Lives Matters campaign and concern over links to slavery. In an email to students yesterday, the Vice-Chancellor and Pro Vice-Chancellor said the University is determined to become an anti-racist organisation, and that the University recognises how money from the transatlantic slave trade indirectly benefitted the University through philanthropic donations including from the Wills family who made money from the tobacco industry which had links to slavery. The University will review the names of buildings such as the Wills Memorial Building, Wills Hall for student accommodation and the Colston Street student accommodation. It also promises to review the University’s logo, which carries links to the slave trade. At a Black Lives Matter protest the previous Sunday the statue of slave trader and philanthropist Edward Colston which has stood in Bristol city centre for over 100 years was pulled down with ropes and thrown in Bristol Docks by protesters during the BLM rally and march through the city centre in memory of George Floyd, a black man who was killed on May 25, 2020 in Minneapolis in the US by a white police officer kneeling on his neck for nearly 9 minutes. The killing of George Floyd has seen widespread protests in the US, the UK and other countries. Photo credit: Simon Chapman/LNP. 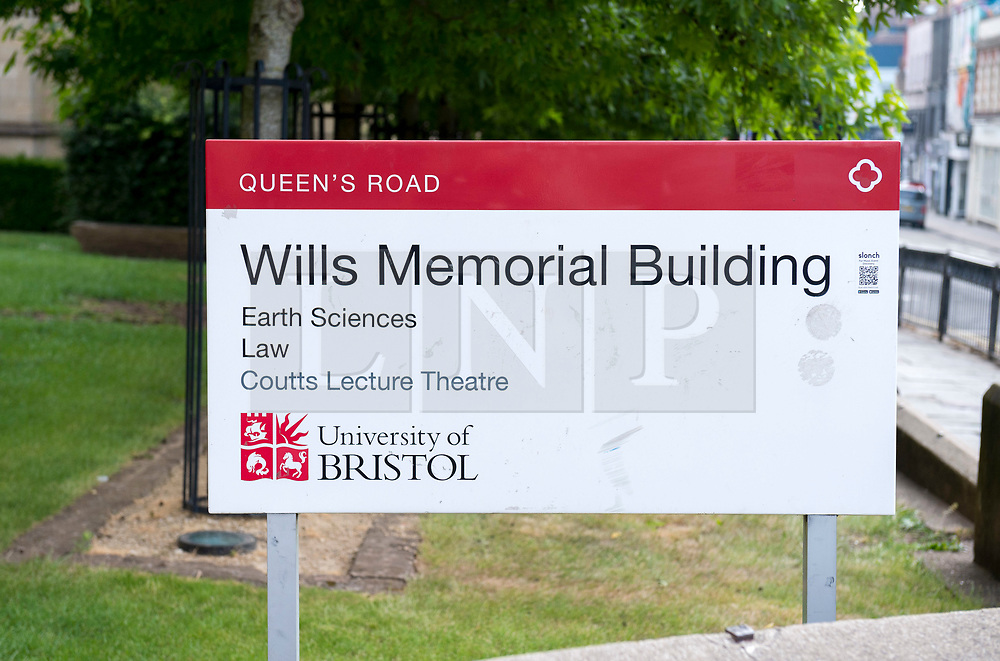