© Licensed to London News Pictures. 08/05/2017. Bristol, UK. TIM BOWLES for the Conservatives is sworn in as the West of England Combined Authority Mayor, at a ceremony at The Engine Shed in Bristol, following his election victory in the mayoral elections last Friday. He is watched by the leaders of the three local authorities he will work with, from left: Marvin Rees mayor of Bristol, Tim Warren leader of Bath and North East Somerset, Matthew Riddle leader of South Gloucestershire. Photo credit : Simon Chapman/LNP 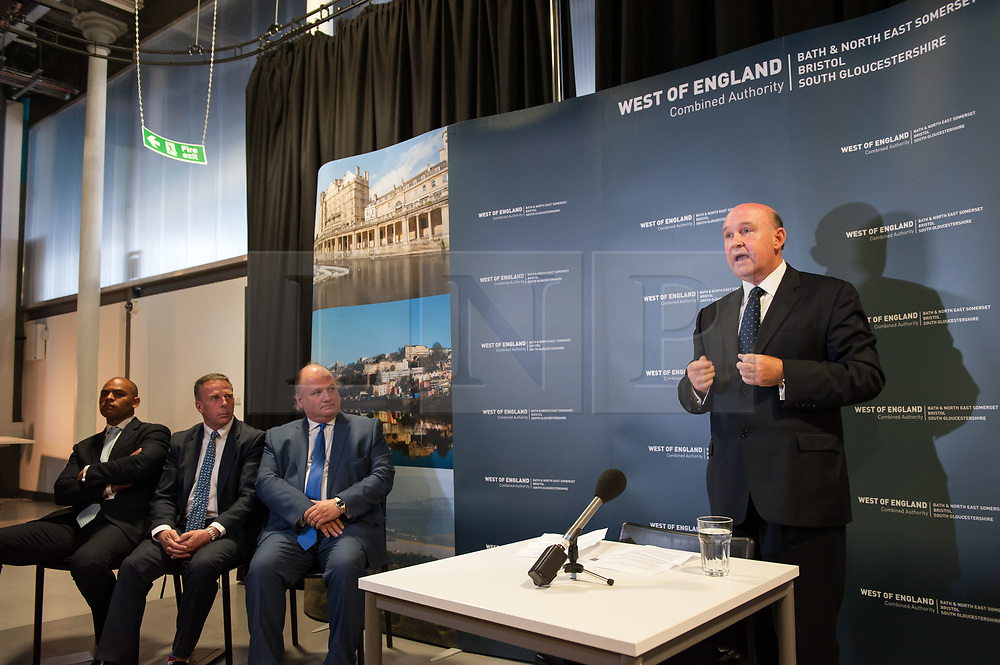