© Licensed to London News Pictures. 14/02/2019. St Pauls Cray, Structural engineer with police, A man is being hunted by police after he fled the scene of an RTC, police were called at 8.55am to reports of a car in collision with a house on Main Road, St Pauls Cray, Orpington.
Local witnesses are saying the male suspect was driving his girlfriends car after an argument with her, he was also believed to have been under the influence of alcohol. A structural engineer has inspected the property which now has a hole in the wall next to the front door, the front fence has also been distroyed. Photo credit: Grant Falvey/LNP 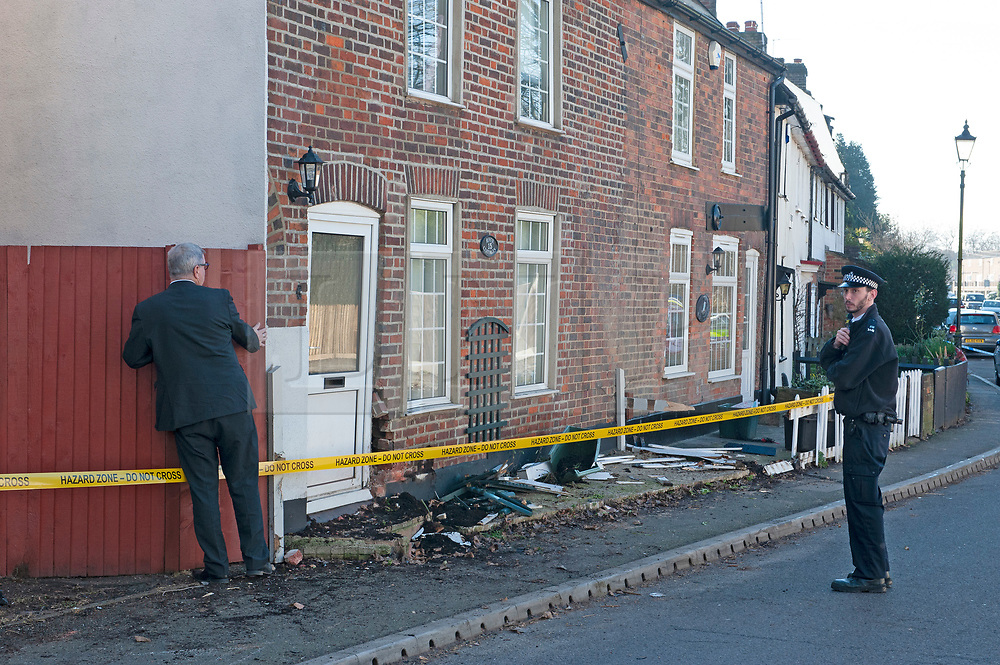