Looking for Nigel - By Mary Turner

© London News Pictures. "Looking for Nigel". A body of work by photographer Mary Turner, studying UKIP leader Nigel Farage and his followers throughout the 2015 election campaign. PICTURE SHOWS - Local UKIP supporters in The Kings Head pub in Grimsby, Lincolnshire, await the arrival of Nigel Farage, to pull a pint of a local ale that has been named 'Farageale' in his honour, on April 8th 2015. However, the UKIP leader failed to arrive due to security concerns and instead went to a cafe around the corner for fish and chips with Joey Essex. . Photo credit: Mary Turner/LNP **PLEASE CALL TO ARRANGE FEE** **More images available on request** 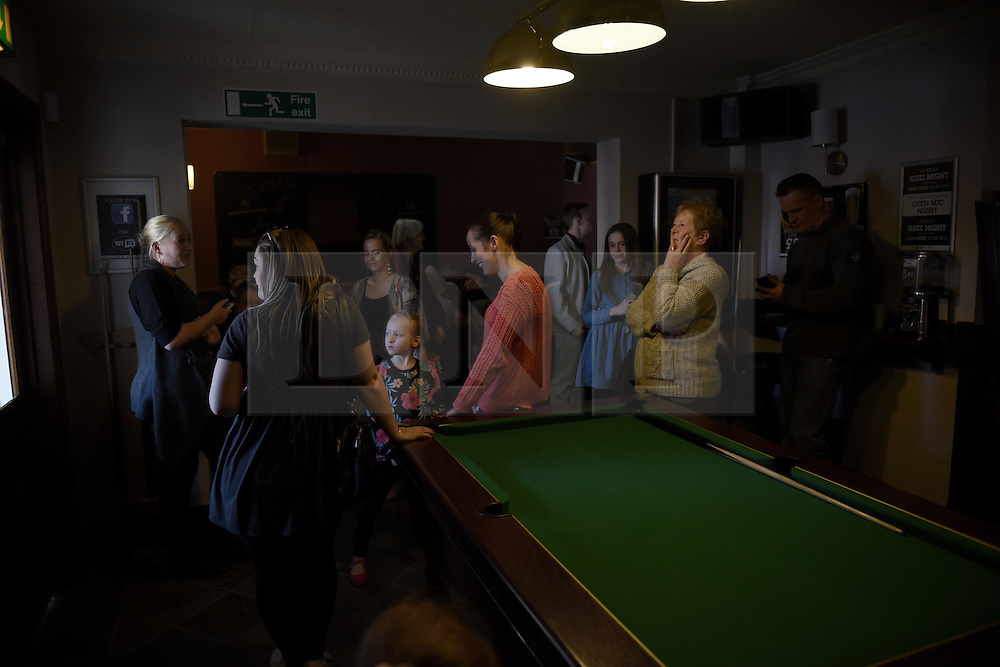